Target is doing an amazing job during the 2013 holiday season conveying seasonal cheer across its social media platforms. Have you seen their Facebook page lately? The cover photo itself is incredibly festive, showing off seasonal goods, gifts, and sweet treats!

With over 22 million likes, Target is implementing brand-specific hashtags across both Facebook and Twitter such as #MyKindOfHoliday (to engage consumers) and #TargetTruth (for easy-to-forget items like extension cords for lights). They’re following the basic rules to successful and catchy hashtags- capitalize the first letter of each word and keep the phrases short. 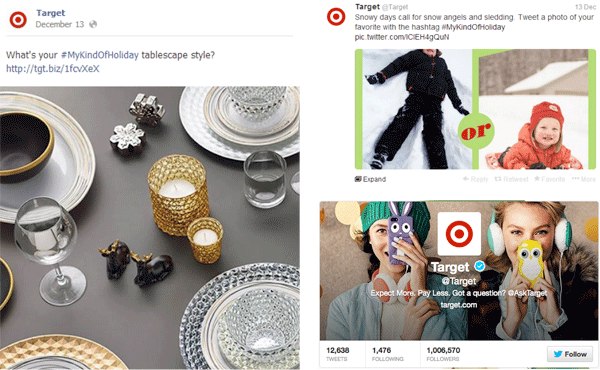 The Australian company Target Australia also have some similar themes to Target parent but did not appear to carry across any of the US #MyKindOfHoliday or #TargetTruth promotional themes.  One of the challenges of social media marketing management is the ability for marketers to have a global view of campaigns but also to be able to act and execute on a local level. 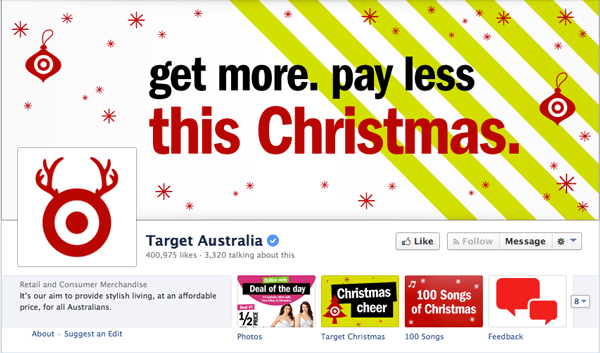 However, Target Canada did follow the United States theme with their equivalent of #MyKindOfHoliday.  Target Canada offered the program in English but also localised in French for their Target French audience Target en français Facebook page with a #MesFetesAMoi promotion 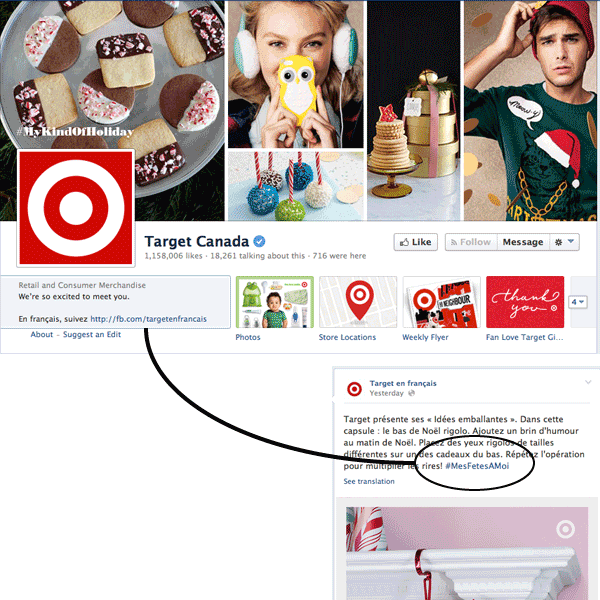 Target has really got its aesthetics down this holiday season with its photo quality, content, and color schemes across national boundaries.