Week after week we see plenty of social media campaigns hitting their stride as more companies feel comfortable engaging with their networks. And this week is no exception. With so many channels available to them, brands are reaching out to bigger audiences and thinking of ever more inventive ways to capture their attention.

Here’s a look at some of the social media campaigns of the past week that have caught our eye.

Countdown to Tokyo 2020
In the year 2020, Tokyo will host the Summer Olympics, becoming the first Asian city to host the multisport event more than once. The city first hosted the games in 1964. Tokyo is beyond excited and wants to get the buzz going now. So the Tokyo 2020 Organising Committee has launched a new social media campaign. 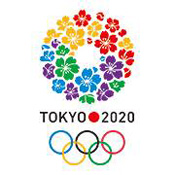 The publicity initiative got under starters orders on the 24th July, six years to the day before the opening ceremony. The #InsideTokyo2020 campaign will give eager sports fans a behind-the-scenes look at the people who will be helping to make the games happen.

So there will be plenty of pictures of organising committee members posted on the official Games Facebook page and Twitter account. “This is the first exciting and symbolic milestone in our journey toward the 2020 Games,” said Masa Takaya, Tokyo 2020 Communications Director.

“On this occasion, we are launching our English Twitter account, @tokyo2020, to engage the conversation with fans and supporters from the entire world. And our first action is to send an invitation and share our excitement about the Tokyo Games.”

Social Media Campaign Aims High
The Gulf Adventure Center at Gulf State Park in Alabama, USA has started what could turn out to be a hilarious social media campaign. The promotional push is focused on the faces that people make when they come to the end of their zip line rides. The center has more than one mile of zip lines high above land and water.

As part of the “Braking Bad” campaign, a “brake face” will be featured on the center’s Facebook and Instagram pages. According to Abby Schmitt, the center’s social media director and photographer, the idea came from a conversation she had with a guide about the strange faces that people pull when they’re taking part in the adrenalin-fuelled pursuit.

This is a neat idea for an original campaign that should give the center’s social media followers a good laugh. Undoubtedly, they’ll share the funniest snaps with their own followers, helping to promote the adventure center to a new audience.

Social Campaign to Boost Sales
NBC Universal is hoping to turbocharge online retail for the entertainment sector with a social media campaign that will allow members of the public to influence which products are sold and their prices.

Using a social commerce platform provided by Buyapowa, film fans will vote on which products go live. They can also improve offers for shoppers by encouraging their friends and family to make purchases. Fans of the studio’s films will also be able to vote on the inclusion of exclusive content such as custom box-sets and personalised DVD sleeves.

Feel Free to Wear Pink
A Florida stay-at-home mom who created a clothing line for children has started a social media campaign to promote a cause close to her heart. This in turn could attract more custom to her online clothing store.

Martine Zoer started Quirkie Kids clothing line when she saw her two children conforming to society’s ideas of what boys should wear – i.e. not pink. Her clothing line features pink and purple T-shirts and onesies designed for both boys and girls.

The #freetowearpink social media campaign is encouraging parents to post images of their children’s colourful outfits. Setting an example, Zoer has put up snaps of her own children wearing pink attire. The campaign also aims to encourage children to use their imaginations and to feel free to express themselves. 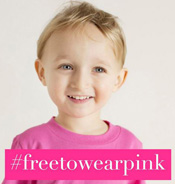 “It’s not just about boys wearing pink or girls wearing a dinosaur shirt but kids just expressing themselves through their clothing and expressing their uniqueness,” Amy told ABC News. The campaign is using the #freetowearpink hashtag.

Carpet Contest Campaign
KAS Rugs is promoting its new line of Donny Osmond Home rugs with a contest-based social media campaign using the hashtag #ColorWithKAS. Customers are invited to upload a photo containing a KAS product to any of its networks including Facebook, Twitter and Instagram. A winner will be selected at random and announced every Wednesday through to October. The coveted prize will be a KAS rug.

Social Media News
A quick roundup of some of the week’s biggest social media stories.

Increase Social Media ROI
Put a circle around August 22nd in your diary as this is the day when Socialathon will be taking place. Organised by Digital Market Asia, the daylong event will focus on how social media marketing can be ramped up to a level where the investment pays off with increased revenues. 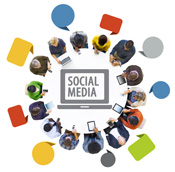 The theme is ‘What the Connections Mean’ and the event will take place in Delhi, India. According to the publicity blurb, some of the biggest names from the Asia Pacific region who are using social media, will be giving talks and presentations from the stage.

Prestigious Recognition for Twitter Campaign
Dubai Media Incorporated television channel Dubai One has received important recognition for its 2014 Oscars coverage on social media. Twitter has incorporated it as an example of industry best practice. The campaign featured a rich mix of messages and media content, using targeted keywords and phrases.

The @DubaiOneTV campaign attracted many users who followed individual celebrity nominees for the biggest prize in the film industry. Dubai One also used Twitter ads to promote its live TV coverage and to start and build conversations around it. Twitter has written up a business case study about the campaign.