It’s that time of the week where we focus on what’s hot and new in the world of social media campaigns. In the competition for new customers and the battle to keep existing ones, companies are looking to social media to create and build audiences.

Inventiveness, fun, interactivity and fascinating content will help to win the day, and brands will lose if their followers snooze. Here’s a collection of some of the latest social media campaigns that organisations in various sectors hope will net them some big social media love.

Wellington Has Things
There’s no magic formula to creating a viral social media hit. If we knew what it was we’d all be creating them every day. However, one ingredient that can help is a generous dollop of humour, especially if it doesn’t come across as too contrived.

Positively Wellington Tourism has created what it hopes is going to be a YouTube viral hit – a tongue in cheek social media campaign aimed at luring upwardly mobile younger Australians to Wellington.

tourism bureau has created a 4-minute online movie where Darren McMullen, an Australian TV star, disperses several Australian-held misconceptions about the city, such as the length of time to get there.

“It is so quick… three hours. Can’t even bust out a Lord of the Rings movie in that time,” the Glasgow-born TV star quips in the video.

In an interview with The New Zealand Herald, Positively Wellington Tourism chief executive David Perk said: “Wellington prides itself on doing things a little differently and we wanted to buck the trend of traditional tourism films by adding a touch of fun.”

At the time of writing this post, the video has received more than 25,000 views. Hardly viral, but not a bad start for its debut week.

Come to Wilmington
Wilmington in North Carolina is banking on social media to give it a marketing boost when it launches an online campaign on June 30. Wilmington and Beaches Convention and Visitors Bureau (CVB) is organising #spreadtheWilm, a community-wide promotional initiative. 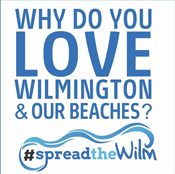 Residents will be encouraged to take pictures and videos of their favourite places in Wilmington and upload them to Twitter, Instagram, Pinterest and other social media outlets. In so doing, the CVB hopes that viewers will be so inspired by the images that they feel compelled to put Wilmington on their travel itinerary, or that they will consider coming to live and work in the area.

“It’s up to residents and business owners to be the biggest and best cheerleaders and promoters of our area and spread the word to family, friends and visitors about this great place to live, work and play,” said hub website spreadthewilm.com.

To encourage participation, Wilmington locals who post videos before the end of August will be entered into a weekly contest where the prizes include t-shirts and other promotional materials.

This new marketing push forms part of a wider online campaign to promote the area, and earlier results have been positive. Within 30 days of the hashtag campaign’s launch on May 6, the CVB’s #spreadtheWilm gallery, received more than 12,000 page views. 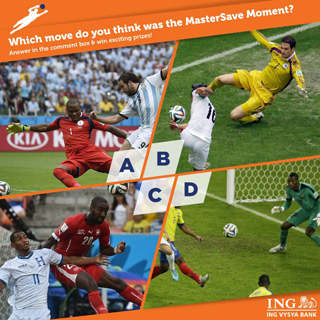 Going for Goal
The World Cup football competition continues to be the focal point for a wave of new social media campaigns. ING Vysya Bank has neatly embraced the football theme with its “Master Save” project. During the massive football fest, the bank will post four of the best goalkeeper saves from the previous day’s matches and invite fans to vote for their favourite ones along with their reasons.

Every day a number of winners will be selected. To maintain high engagement levels, the bank’s social media channels are publishing a fun diet of football-related trivia and graphics. The competition can be accessed from ING Vysya Bank’s Facebook page.

Football Chat
To promote their engine oil, World Cup sponsor Castrol Activ has recently embraced social media with a campaign called “Castrol Activ Cling On To Football”. The global campaign which has a focus on India, launched on June 18 with what the company called the largest football Google Hangout in India. Fans interacted with a panel of celebrities including ex-professional players and actors. 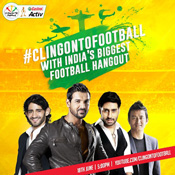 Vice President of Marketing, Soma Gosh, said: “Football is fast gaining ground as one of the most popular sports amongst Indian urban youth and the 2014 FIFA World Cup is a great opportunity for us to leverage our position as one of its official sponsor.”

The campaign also has a competition element that’s giving football fans the opportunity to watch a game with Indian film actor and producer, John Abraham

Keep on Running
In other sports and social media related news, the athletics department of Radford University launched an interactive social media campaign, beginning Monday June 23. The aim is to keep fans of its athletic teams engaged during the off-season.

Their strategy provides a good model for businesses wanting to maintain continuous social media conversations with customers and clients, rather than just making the effort during one-off campaigns. For seven weeks, the department will operate a social schedule offering different content and experiences every week day. 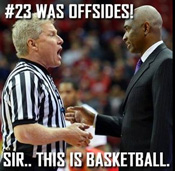 For example: On Meme Monday a fun photo will be published for fans to comment on. The best caption will be added to the #MemeMonday Facebook photo album. Transformation Tuesday will be dedicated to photos of the department’s facilities, student-athletes and coaches to highlight how they’ve changed over the years. Fun Facts Friday will feature Q&As about the facilities, coaches, teams and student-athletes.

Luxury Travel
A new report has revealed that the Asia Pacific luxury traveller is more active on social media than any other region. That is, when it comes to researching destinations and sharing their experiences with friends. Between 2012 and 2014, they posted 53% of all luxury travel reviews.

You can read the full report here.

World Cup Videos
Sportswear and mobile phones are dominating YouTube viewership during the World Cup, thanks to slickly produced videos and a smattering of some of the most famous names in sport. Check out the list of top trending World Cup ads on YouTube.