This week, we take a look at some of the companies and organisations that are creating original social media content to garner fans, promote destinations and keep business running as usual. Their new social media campaigns are profiting by encouraging interaction and by being inventive and timely. So, here are some of the standout social media initiatives that have recently launched or will be in the coming few days:

Save Sean Bean
TNT’s new television series Legends is going to be given a big marketing push at the forthcoming Comic Con International in San Diego. To promote the series, a quirky new social media campaign is set to launch using the hashtag #DontKillSeanBean.

It plays on the fact that characters the actor has played have died in more than 20 acting roles. They include two of his most famous incarnations, Boromir in The Lord of the Rings trilogy and Eddard “Ned” Stark in the series Game of Thrones. The campaign is intriguing enough that it could go viral.

What Makes Us Special?
The City of Sacramento is seeking the public’s help to define its strengths and to get a handle on how it is perceived. On July 24th, the city will launch an image-driven social media campaign asking people to use the hashtag #mysacramento to post local photos on Instagram and Twitter.

The best photos will be put up for a public vote and the winners will receive tickets to Sacramento Zoo. The campaign is not about collecting a series of pretty images for the sake of it, but to gauge public perception and define what is special or unique about the city. The knowledge may then be used for economic development, tourism and marketing.

Residents are being asked to take a picture of something that represents “the best of a Buffalo summer” and to tweet it or share it on Facebook with the hashtag #Buffalove14. To encourage participation, a weekly best picture winner will be chosen and receive a prize. To date, more than 1,000 entries have been submitted and the hashtag has received more than a million visits.

Open for Business
Bricks and mortar store owners are all too familiar with this problem. Construction or road works are scheduled to take place in your area and for several months consumers bypass your store fearing delays. That’s the situation currently faced by business owners in Walkerville in Canada.

So they have combined forces and launched a social media campaign on Twitter, Facebook and Instagram that they hope will keep customers coming during the months of construction. In an interview with The Windsor Star, shop owner Lindsay Gammon who is leading the campaign said:

“Any time you go into construction you worry that customers are going to be afraid to come down to the area. So what we’re trying to do is get out ahead of it, and acknowledge that we are under construction and things are a bit different in Walkerville. But we do have places to park, we’ve got great things going on and great reasons to come down here and be a part of it.”

With the DigWalkerville handle, organisers will provide weekly updates about construction, information about special events and where to park, business promotions and anything else they think customers will need to know. The whole idea is to turn what is usually a negative into something positive for the area.

Earn Your Stripes
Southampton Football Club in the UK has launched a new social media campaign, called ‘#EarnYourStripes’ to promote the team’s new shirts. The sporting attire is making headlines because it marks a return of the traditional Southampton stripes.

Hundreds of footballs were placed in various locations around the city and fans had to go hunting for them. After finding one of the balls, they had to take a selfie with it and tweet the picture to the club’s Twitter account. Those who did were entered into a draw that will see ten winners receive a new shirt.

Social Media News
The World Cup continues to dominate the social media scene, with many companies reporting positive results for aligning with the biggest football event on the planet. 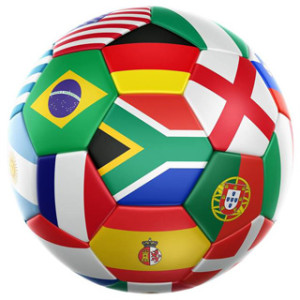 World Cup Winners
So, the World Cup is over for another four years, and it’s a hearty congratulations to Germany for a fabulous campaign and 1-0 win over Argentina. One of the big news stories away from the pitch is how much time, money and resources companies invested in social media campaigns to tie in with the tournament.

According to reports, brands spent nearly as much on World Cup social media campaigns as they do on Super Bowl TV ads. SocialCode, a digital marketing firm said that the social-spend on football related campaigns rose to the half million and multimillion dollar range for some advertisers. It has also been a World Cup filled with hilarious memes. The #BBCtrending team has produced a short video of some of the best and most humorous.

The honour recognises the agency’s “Blue and Yellow Can Fan Madness” Facebook sweepstakes campaign for long-term client WD-40 Company. The promotional push generated more than one million sweepstakes entries and increased the company’s Facebook fans by 73% and overall social audience by 50% in only one month.

“Using the lovable and clutter-breaking cats across digital through the specialised microsite, WhatsApp, memes and engaging contests have ensured success in the form of business impact and buzz for our brand,” said Vikrant Khanna, CMO, HomeShop18.