Really, the days when everybody paid attention to magazine adverts and TV marketing campaigns are disappearing as we are all glued to our smartphones and social media networks. Content marketing is where it’s at as brands compete for audience attention by providing entertaining, thoughtful and stimulating material online, including via their social networks.

Visuals are playing an increasing part, and this can be clearly seen in a couple of this week’s batch of newly launched social media campaigns. Whether it’s companies producing their own videos or asking followers to send in theirs, the moving image is taking centre stage. One of the other big constants in many new campaigns is the competition element. 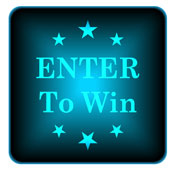 Companies are enticing their new and old followers with myriad opportunities to win prizes. Songwriters, hotels, fashion lines and vehicle makers are just some of those launching new social campaigns across a range of networks. Let’s take a look:

Honda’s Big Digital Push
Honda is launching a huge marketing campaign, primarily to push its Acura TLX luxury sedan. One-third of the entire campaign budget is slated for digital advertising, with Facebook as the primary platform. At the core of the Acura TLX campaign is digital video marketing with the intent of sparking viral videos that attract the interest of potential buyers. Honda is creating bite-sized videos that are targeted at different audience segments.


video with characters known as the Superbabies. They are rapping about the benefits of breastfeeding from a baby’s perspective.

The aim of the campaign is to generate discussions on the benefits of breastfeeding and to encourage the public to share their views and ideas on the matter on social media and in personal conversations.

Sohan Shah, Sr VP, McCann Health India, said, “While there is a general consciousness about the importance of breastfeeding, its true power has not been fully understood and internalized. So, this campaign was conceived to educate while it entertains. The Superbabies celebrating the power of breast milk in their inimitable style makes it all the more interesting.”

Listen to Music and Get Fit


singer and songwriter Tank has come up with a novel way to promote his sixth solo studio album Stronger. In addition to signings and in-person activities, there is a social media element with his #StrongerU social media campaign. It comes with 30-day workout challenges, video tutorials and information on how to get the perfect six-pack.

Stylish Social Media Campaign
Canadian women’s fashion boutique, Aritzia has launched a new social media campaign on Instagram called #FallForUs. To kick off social media conversations about fashion, the company reached out to more than 150 cool girls to share their favourite clothing items. They included influential bloggers and actresses who will be styled in the brand’s fall collection that is hitting stores about now.

“I was thrilled when Aritzia asked me to be a part of its campaign,” actress Jamie Chung told Style.com. “I filmed in Vancouver for years and would blow a good portion of my pay check there on classic pieces with an edgy tweak.”

Free Stays at the Waldorf Astoria

Waldorf Astoria has announced the launch of a new luxury car promotion that has a key social media tie-in. At six of its properties in the United States, hotel guests will be given the opportunity to drive some prestige cars on selected dates under the guidance of professional race car driver Didier Theys.

The dream machines include the Ferrari 458 Italia Spider and Porsche 911 Turbo. Throughout the campaign, fans of Waldorf Astoria are being invited to participate socially in a #WaldorfExperiences contest on the brand’s social channels. All they have to do is submit photos of their own diving experiences to be in with a chance of a free stay at a Waldorf Astoria property.

In the Fast Lane with IndyCar’s Social Media Campaign
To mark the end of the IndyCar season, the title sponsor Verizon has launched #INDYRIVALS social media campaign. Fans are being encouraged to visit INDYRIVALS.com and vote for their favourite driver in the Verizon IndyCar Series Fan Favourite Driver Award.

They can also make predictions of who they think will be the 2014 champion. Five fans who cast votes for the Fan Favourite Driver will be randomly selected to win a slew of prizes including a Samsung Galaxy Gear, a GoPro Hero 3 Black Edition and a Parrot AR Drone 2.0. There will also be daily prizes including autographed mini-helmets and portable iHome speakers.

News
A quick look at some of the social media news breaking this week:

Singaporeans not Updating Social Media Profiles
Some surprising social media news from Singapore. A poll conducted by Hays reveals that only 29% of Singaporeans update their professional social media profiles.

The percentage of professionals who updated their CVs is higher, at 46%, but social media profiles such as those on LinkedIn, Facebook and Twitter are being ignored. Yet these are also ways that employers will get to know their prospective employees.

The message from Hays is: “Job seekers need a dual approach to today’s jobs search,” according to Christine Wright, Managing Director of Hays in Asia. “They need to recognise the power and relevance of social media and put your best self out there by updating your online profile as well as your CV regularly.”

Among the conclusions drawn by the report are the importance to businesses of social media analytics and that ignoring their significance could prove to be the end for some brands.