Innovation, imagination, humour and lots of user-generated content are the standout features of the social media campaigns featured in this week’s roundup. They include a fascinating video quiz on YouTube to promote Ireland as a top tourist destination. All demonstrate that social media success can be achieved by giving followers something interesting to see and/or do.

Guilty Pleasures
Most people have a guilty pleasure that they keep a secret to themselves. Perhaps it’s a cheesy pop song, trashy novel or fondness for dressing up in disco gear from the 1980s. UK conference call company Powwownow, has started the #SongConfessions social media campaign to find the nation’s guiltiest music pleasures.

The firm wants to persuade customers to share details of the songs they like to listen to, but would rather other people don’t know. The initiative will help Powwownow to refresh the music tracks that are played on its on-hold music playlist, believing that if people hear songs they actually like, they’ll adopt a more positive attitude around the workplace.

Robert Gorby, marketing director at Powwownow, said: “Our research has shown that music can be a real mood enhancer in the workplace and by seeing the songs that people secretly love, we hope to include a few more to inspire the UK’s workforce.”

Promoting Ireland with Film Quizzes
Tourism Ireland is pulling out all the stops to attract visitors to Dublin and Belfast with a novel social media campaign. The agency has created two films #LoveDublin and #PictureBelfast that show off the cities, but also present people with visual challenges.

The #LoveDublin film features eight couples sharing a kiss in popular Dublin locations. Four of the participants are real couples while the others are total strangers. Viewers have to guess the real couples from the strangers.

target="_blank">#PictureBelfast two photographers visit iconic Belfast locations. One is taking pictures with a retro iPhone app and the other with a vintage camera. Their snaps are shown, and viewers have to guess which ones were taken by which cameras.

Clicking on the calls to action at the end of the videos takes viewers to a website where they can see if their selections were correct. Tourism Ireland then hopes they will share the results on Facebook using the hashtag #LoveDublin to encourage others to take part.

The campaign is targeted at a specific audience of young couples or adult groups who are looking for excitement and new experiences to try out.

In a statement, Tourism Ireland’s Vanessa Markey, said: “Our latest campaign should prove to be a great way for us to engage with our target audience of ‘social energisers’, raising awareness of some of the many great, vibrant experiences on offer in both cities, really bringing our message of fun and excitement to life and inspiring them to put a trip to an Irish city on their ‘must do’ agenda for this autumn.”

In the few days since the campaign’s launch, more than half a million people have watched the videos.

“We needed a place where we could connect with these younger customers without really advertising to them,” commented David Stidham, vice president of marketing at the Prairie du Sac, Wis.-based Culver Franchising System Inc. “We do that with popular culture, such as movies and TV shows.”

Social media has become an integral part of Culver’s marketing mix that also includes traditional forms of advertising. In the last five years, its Facebook page has grown from fewer than 100,000 likes to more than a million, and there are close to 5,000 followers on Instagram.

Have Your Cake and Eat It 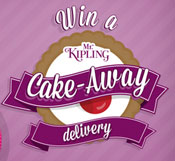 One of the UK’s most famous cake manufacturers, Mr Kipling has launched a contest on its social media channels that will reward participants with free cakes delivered to their home. To be in with a chance of winning, consumers have to tweet or write about their favourite cakes on the brand’s Facebook page.

Winners will receive their sweat treats via customized bikes or vans that have been painted pink and yellow, the same colours as Mr Kipling’s line of French Fancies. The deliveries will be made in time to watch The X Factor television program of which the cake company is a sponsor.

“Saturday nights in are a big occasion for quality time with the family,” said Laura Lesser, from Saatchi & Saatchi, the advertising agency that dreamed up the campaign. “Instead of the usual take-away that families might enjoy, we wanted to deliver something even more delightful and fun.”

Social Media News
A quick look at some of the standout social media stories from the last week.

Online hotel bookings in Asia are predicted to grow by more than 20% according to a summit of more than 160 leading Asian hotel industry professionals. The Driving Hotel Revenue Malaysia Summit heard that the increase will be a result of the rise in popularity of social media and online review sites across Asia.

Going Up in the World
A woman in Michigan has won a once in a lifetime opportunity to tour the top of the Mackinac Bridge, an iconic suspension bridge in the US state. Her aerial adventure was the top prize in a social media competition that asked entrants to submit photos of the bridge as well as their memories of the traditional Labor Day walk across the structure. This is the third year the walk has been promoted on social media.