Top CNY Social Media Campaigns
A look at how companies are using CNY social media campaigns to increase visibility and drive more traffic to their websites. 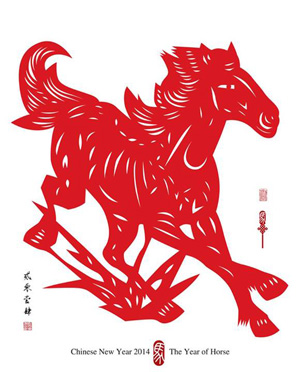 During the Year of the Horse #YearOfTheHorse celebrations millions of people across the Asia-Pacific region will be diving into their social media accounts to send goodwill messages to friends and family and share news and engaging contact.

For the business owner, the holiday season #HolidaySeason is a huge opportunity to capitalize on this social media activity. A well-planned and executed seasonal social media campaign can help to drive lots of new traffic and followers to your social media channels and website. CNY Social Media campaigns make a great example that you can follow.

From hosting contests and setting up special hashtags to posting pictures and offering a forum for goodwill messages, there is a multitude of ways to engage with consumers during the New Year period.

Pick up some inspiration #inspiration with this look at past and present CNY social media campaigns: 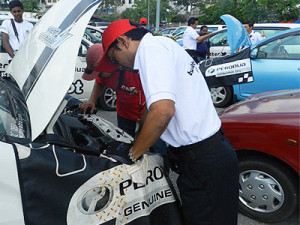 The holidays are a time of travel and with that in mind the company is offering the car inspections before customers set off on their journeys.

Four Perodua Tweckbot teams will be mobilised over a 14-day period throughout West Malaysia, and customers will be alerted to their locations via announcements on Twitter, Facebook, the company website and traditional media.

This provides those who haven’t already joined Perodua’s social media networks with a good incentive to do so. What is so neat about this campaign is that the offer is relevant to the celebrations, it doesn’t feel like a random promotion that’s been bolted on. 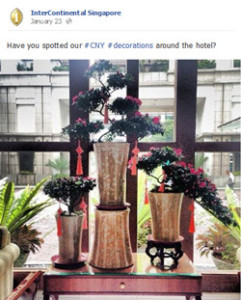 They’re experiencing a faster flow of orders with channels such as Facebook. Intercontinental Singapore is one of those hotels that’s seen CNY dinner bookings increase overall.

In an interview with the Business Times, Teresa Koh, the hotel’s PR manager explained why: “We’re more active on social media this year.” It’s a similar story over at the Four Seasons Hotel Singapore which is also attributing success to the growth in the number of social media followers.

Nokia, China – During the Year of the Dragon celebrations, Nokia #Nokia collaborated with the microblogging platform QQ to create a virtual train to carry people’s good wishes.

The campaign was a phenomenal success that generated massive visibility for the company. Nearly four million people participated and they created 662,000 virtual trains that went out to over 60 million QQ users.

Pepsi, China – The Year of the Dragon saw Pepsi #Pepsi create a mini movie called “Bring Happiness Home”. The story was about a Chinese #Chinese family and how three Pepsi company brands brought relatives together for the holidays.

The idea for the video came after Pepsi executives had read a study that revealed that 70% of Chinese youths don’t want to go back home. The sentimental video was a hit. At the time Pepsi reported it had become China’s top online video with more than 100 million views.