So just what makes a cool social media campaign? Regardless of what the gurus may tell you it is not an exact science. Having said that, there are a few guiding principles that increase chances of success. They include novelty, excitement and engagement.

Every week our social media ninjas will search the digital landscape high and low to find some of the best examples of companies using social media to capture and keep an audience. So first off, it’s eyes down for a roundup of some of the recent social media initiatives that have grabbed our attention:

Settle Your Bill with an Instagram Picture
Frozen food maker Birds Eye has just launched a social media campaign for consumers to sink their teeth into. For a two-hour period on Wednesday 14th May, diners could pay a Covent Garden restaurant bill by taking an Instagram photo of their food and posting it to their networks.

Birds Eye opened a pop-up restaurant for one afternoon only and introduced a ‘pay-by-picture’ currency system. Following a two course meal, diners settled their account by uploading their food pictures to Instagram and other social media sites and captioning them with the hashtag #BirdsEyeInspirations.

The free dinner initiative marked the launch of Birds Eye’s Inspirations, the food brand’s premium range. The company is tapping into the zeitgeist where people frequently take photos of their meal moments and post them to their networks.

According to research carried out by Birds Eye, 52% of UK social media users regularly take snaps of their meals. And 9% of survey respondents admitted to not being able to go a day without photographing their food. The pop-up restaurant will travel to other destinations up and down the UK. 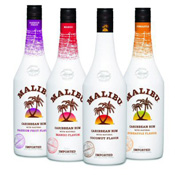 Malibu drink is hoping to capitalize on the cool summer vibe with a soon to be launched global social media campaign. The “Best Summer Ever Project” will ask consumers to draw up a list of 100 summer experiences which will then be undertaken by a group of friends.

A 40-day reality series will follow the pals as they go on a road trip to enjoy the 100 experiences. Their antics will then be uploaded to a dedicated YouTube Channel. Consumers will also be encouraged to share their own events via Instagram and Facebook.

In addition, Malibu will be providing plenty of summer inspiration on its social media channels. There will be tips and tricks on how to make the most of the hot weather as well as cocktail recipes and contests. 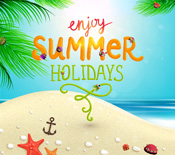 “Our ambition is to become the most talked about spirits brand during the summer period,” said Sina Neubrandt, Malibu’s digital content and community manager. “With the launch of our innovative digital content campaign, we want to open a dialogue with our target audience and inspire them to have the best summer of their lives.”

World Cup Football Fever
With the kick off to the biggest football competition in the world only a few weeks away, companies are launching social media campaigns that are abuzz with football fever. One of the latest to go for goal is Sony with its “One Stadium Live” dedicated to football fans all over the planet.

To tie in with the 2014 FIFA World Cup, Sony has created a single digital platform that will curate social media conversations and bring them together in one place. The aim is to unite football fans no matter where they are in the world.

One Stadium Live will gather football-related content from Twitter, Facebook and Google+. Topics will be organised according to a fan’s interests to present the most popular, relevant and current discussions on the football themes they’re interested in.

During the actual competition the “match Live” feature will deliver a real-time filtered stream of what global audiences think about a particular match, goal, refereeing decision and so on. The digital platform is a mobile-first site and is optimized for tablets, smartphones and desktops.

So that’s it for this roundup of cool social media campaigns, I hope you enjoyed it.