In this week’s roundup, we examine various examples of social media campaigns, all of which you can certainly learn from.

We see how one company is working with social to try and reach a new market and how flight passengers are being shamed by having their photos posted online. All of the featured initiatives provide inspirational food for thought for any enterprise considering how to engage more followers and consumers online.

Bad Behaviour Gets Flight Passengers into a Tailspin
Can a social media campaign shame people into changing their behaviour? That’s the question being asked of a social initiative recently launched by former flight attendant Shawn Kathleen. She has started “Passenger Shaming” on Facebook and Instagram to expose appalling customer behaviour and bad manners on plane journeys.

So there are photographs of topless men, people resting their bare feet on the backs of the seats in front, mothers changing nappies on tray tables and even a sink basin full of urine. 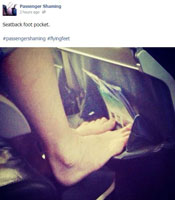 “At the beginning I started trying to come up with witty captions but the pictures really speak for themselves,” said Kathleen. “My favourites are the ones where people are trying to defend their behaviour. And the bare feet just kills me. I get chest pains when I see it.”

The social media sites have caught the public’s imagination and between them have attracted more than 250,000 followers. Some of them are now posting their own pictures of fellow passengers’ selfish and disgraceful behaviour.

Sharing Memories about Your Grandma
The global #MeetMyGrandma social media campaign has launched, hoping to collect 10,000 stories in 10 days. The project is the brainchild of genealogy organisation FamilySearch and its overarching aim is to get people interested in searching their family history.

“All you have to do is ask a person to share a special memory about their grandmother, and they immediately wax sentimental as they recount a heartfelt story they cherish from a grandmother,” commented international Marketing Director for FamilySearch Brad Lowder. “We want to encourage people to capture for future generations those stories that make their grandmothers so special.”

Even if the 10,000 target isn’t reached, FamilySearch hopes that it will have done enough to get people enthused about their past. Among the stories posted so far are one about a skydiving granny who started jumping out of airplanes at the age of 80. The campaign runs until September 30th.

McDonalds’ Campaign wants Your Hilarious Stories
From September 16th to September 29th, participating McDonald’s restaurants are giving away a small McCafé coffee during breakfast hours. The free coffee is an example of a social media campaign that is encouraging customers to reveal their funniest, most embarrassing coffee related stories such as the reasons for missing the last train to work on a Monday morning.

The best anecdotes using the hashtag #Sipandtell or that mention @McCafe in their tweets will be in line for prizes.

Breaking into New Markets with Social

The initiative was a one-day only event on a Morning Win microsite where morning-themed prizes such as coffee mugs and tote bags were given away. The site also featured 30 short videos that parodied the hard-sell tactics of TV shopping networks. The campaign was part of a broader #MorningWin social initiative that launched earlier in 2014.

Some social media analysts question the value of short-lived campaigns, asking whether they are enough to secure long-term engagement that can eventually turn followers into customers. However, belVista seems very happy with its results on social.

The first iteration of their mini campaign increased brand awareness by 7% and the number of social followers went up by 30%. Furthermore, the brand’s 1,600 pieces of specially created content garnered nearly 750 million impressions.

News
A look at some of the stories making social media headlines during the last week:

Home invasion thriller No Good Deed is currently riding high in the US box office charts, and in part it’s thanks to a successful social media campaign on Twitter and Instagram.

In the Twitter game #TweetToEscape, a series of tweets challenges players to outwit escaped killer Colin Evans, the character played by Idris Elba. Meanwhile on Instagram, fans are taken deeper into the movie’s narrative by clicking on thumbnails of images and videos.

Big Name Brands Turn to Social Media for India’s Festive Season
This month sees the start of India’s festive season, a period that lasts until mid-January when sales of consumer goods soar. Makers of consumer durable goods such as Whirlpool, LG and Panasonic are now turning to social platforms like YouTube and Facebook to reach young demographics.

For example, Panasonic has signaled its intent to significantly ramp up its marketing spend on online initiatives. 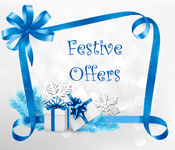 “Panasonic is making optimum use of all the available mediums to promote the festive offers and social media is an essential part of it. A significant part of our marketing budget for festive offer is spent on digital promotion,” Panasonic India MD Manish Sharma told the Press Trust of India

Although TV and print will be the main focus of Whirlpool’s marketing efforts, their television campaign will be uploaded to YouTube and Facebook, and deals will be promoted through social media platforms.

Social Media Campaign Brings Back Soda Favourite
A Facebook campaign started by consumers has convinced Coca-Cola to bring back its Surge soda drink. More than 140,000 people signed up to the Surge movement calling for the drink’s return. The caffeinated, electric green sugar water first went on sale in 1996 to compete with Pepsi’s Mountain Dew. But it was discontinued in 2001 after just five years on the market.

However, Coca-Cola recognises an opportunity when it sees one, and thanks to the campaign a limited amount of the soda drink has been released on Amazon.  Perhaps, social media campaigns are a way for consumers to get more companies to re-release withdrawn but still cherished products.