In this week’s roundup of social media campaigns, we see companies and charities making use of social media tools and platforms in fun and interactive ways. Whether it involves taking photographs, throwing a bucket of water over your head or pampering a soft toy in a top hotel, fun plays a big part in helping diverse organisations to market themselves on social media.

Social Media Marketing Push for Denver
The Denver Community Planning and Development Department want the world to know about the unique charms of its city and have therefore unveiled a brand new social media campaign, #favoriteplacedenver. Residents are being encouraged to share information about what they like about their favourite places through Facebook, Twitter and Instagram.

The campaign will continue throughout September and is designed to “to kick-start a wide-open Denver love fest to foster civic pride and learn from each other how we can make our beloved city even better.” Among the incentives for those taking part, other than promoting their city, are concert tickets. 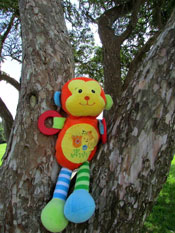 The Kilronan Castle Hotel in Ireland has rolled out a social media campaign to reunite a toy with the family who left it behind. The item of lost property is a bright orange and yellow monkey cuddly toy that the hotel has named Oscar.

It was found in a laundry hamper and rather than leave it to one side in a lost property box, the hotel had other ideas. Members of staff have been taking pictures of the cute toy living a life of luxury, and uploading them to Facebook.

There are shots of him by the Jacuzzi, having beauty treatments and enjoying afternoon tea. While the hotel hopes Oscar’s owner will come forward soon, there is no doubt the attendant social media publicity should give the Kilronan Castle Hotel a good promotional boost.

Backing Businesses in Ferguson
The city of Ferguson in Missouri has been hitting the headlines following the killing of a teenager and the protests and rioting that have followed. During these troubled times, businesses in Ferguson have been forced to close early because of looting.

To help these enterprises, Senator Claire McCaskill launched a social media campaign called Shop Ferguson which is highlighting how people are supporting them. On her Tumblr page, the Senator wrote: “I’m going to be spending time visiting businesses in Ferguson over the coming days, and tweeting my experiences, to remind folks that Ferguson is a safe, vibrant community needs our support and our commerce.”

And she is inviting others to do the same, to help spread the word that Ferguson continues to be a place where people can shop and do business as normal.

Top Tennis Tournament Played Out on Social Media
Tennis fans around the world who wanted to keep on top of all the happenings at last week’s Winston-Salem Open were able to via three major social media platforms: Facebook, Twitter and Instagram.

The competition is popular with some of the world’s top players who use it as warm-up for the US Open, and around 10,000 social media followers were plugged into the event. Although that number is small compared to such major tournaments as Wimbledon, the audience is growing. 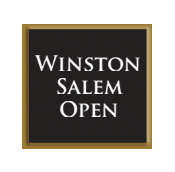 For example, the tournament’s Twitter account gained more than 1,000 followers in just one week, representing a 33 percent increase. During one particular day, the tournament was being tweeted in three different languages and in the open’s last week, the hashtag, #wsopen, was tweeted and retweeted more than 1,300 times.

As well as sharing details about what’s going on in the matches, the open’s social media team provided times for autograph signings and behind-the-scenes information. The platforms were also used as a forum for tournament staff to interact with fans directly.

Hoping for Social Media Gold
Jewellery Television, a multichannel jewellery and gemstone shopping network has come up with a smart wheeze to raise its profile. It has launched a social media campaign #TGIGF, around one of its line-ups.

Friday evening sees ‘Girlfriend Friday’ a show dedicated to fashion and jewellery that also encourages women to discuss their fashion stories and the latest trends on Facebook and Instagram.

During the show, the hosts use social media platforms to kick off conversations with fans and customers by sharing their own stories, pictures and fashion tips. There are also question and answer segments that feature a question posed by an audience member.

News
One of the biggest social events over the last couple of weeks is a global charity drive that’s captured the imaginations of celebrities and members of the public. It is also providing lessons for marketers everywhere.

Ice Bucket Challenge: A Social Media Blockbuster
The viral social media campaign of the moment is the ALS Ice Bucket Challenge to promote awareness of the disease amyotrophic lateral sclerosis (ALS) and encourage donations to research.

There’s plenty of competition for social media campaigns so why has this one risen above so many others? That question is why numerous charities and businesses all over the world are studying the challenge to see if they can glean any pointers for their own social media endeavours.

Among the reasons for its popularity are the sense of participation in something big, it’s a good cause, it’s easy to get involved and there’s humour. And the social media campaign is working.

According to Facebook, more than 28 million people have posted, commented or liked Ice Bucket Challenge related content and 2.4 million videos have been shared. This has all helped to boost donations to research. In the US alone, there have so far been $31.5 million donated compared to $1.9 million in the same period last year.