From movies and football, to snack foods and feminine care products, this week’s roundup of creative social media campaigns sees a clutch of novel initiatives across several sectors as brands try to stake out new ground online and reach new consumers. They reveal just how important social media has become to local, national and global marketing endeavours.

Snack Brand Targets New Audience
Cracker Jack is an American snack consisting of popcorn and peanuts that’s been popular with baseball fans for decades. So much so that the brand has conducted hardly any advertising in recent years.

But now it wants to get out of the ballpark to go in search of new audiences and it’s using social media to do it. More specifically, Cracker Jack is targeting mothers aged between 25 and 45.

“The Surprise Inside Project” draws its inspiration from the fact that there is a surprise inside each Cracker Jack box. From now until the end of July, Facebook users can make requests for surprises for their friends and family, with a value of up to $20. There is a form on Cracker Jack’s Facebook page and on CrackerJack.com, and 200 winners will eventually be chosen.

The brand has something of a challenge in getting the word out to mums as its Facebook page only has 100,000 followers. This is small for PepsiCo, the company that owns Cracker Jack, and is dwarfed by the number of followers on the social networks of some of its other snack brands.

To attract participants, PepsiCo has teamed up with influential blogger Liz Gumbinner who is behind Mom-101 and the websites Cool Mom Picks and Cool Mom Tech. She will help to promote the campaign by posting on Twitter, Facebook and Cool Mom Picks. 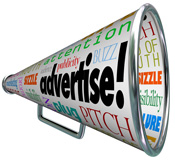 “In the past, the way we would have relaunched a brand like Cracker Jack is with a big advertising campaign,” Ram Krishnan, senior vice president of marketing at Frito-Lay parent PepsiCo., said to the International Business Times.

“But when we talked to who our consumer is, that didn’t make a lot of sense, because we really wanted to engage in a two-way conversation with them – and hence a social media campaign anchored around Facebook.”

Girl Power
Another great example of a creative social media campaigns is Procter and Gamble’s latest. They have launched a new digital and social media campaign for its Always brand of feminine care products. The theme is female empowerment and it wants to change the way many people think when they use and hear such phrases as “You throw a ball like a girl /you hit like a girl”.

Via the brand’s Facebook and Twitter pages, followers are being asked to share videos and photos of proud girl achievements under the hashtag #LikeAGirl. The social media campaign launched with a video by award-winning documentary filmmaker Lauren Greenfield.

Turtle Power
Social media is helping to change the way movies are promoted. From Hong Kong to Hollywood, film companies have embraced social media as a way to build an audience from the ground up for their latest celluloid offerings. This is as true for small, independent productions as it is for multimillion dollar blockbusters.

In advance of the August 8th release of the next Teenage Mutant Ninja Turtles film, Paramount and Nickelodeon Movies have launched a turtle-based social media poll.

Fans can vote for their favourite turtle heroes via the hashtag #NinjaTurtles. When one of their heroes has received enough votes, his poster is revealed. Once all the posters have been unlocked a new trailer is played. 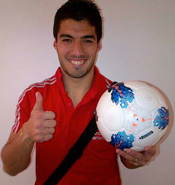 Chewie Suarez
Anyone watching the World Cup football competition will know of the four-month ban given to Uruguayan player Luis Suarez for biting an opponent.

While that was bad news for his country, his home club of Liverpool and his sponsors, some companies have capitalized on his woes, seizing the opportunity for some free publicity.

For example, after the announcement of his suspension, Netflix tweeted a promo for its political thriller starring Kevin Spacey: “Don’t worry, Suarez, four months is plenty of time to devour ‘House of Cards’. One bite at a time.” McDonalds tweeted: “Hello luis16suarez, if you are hungry come have a bite of a big Mac.”

Both these tweets demonstrate how some companies have honed their social media skills to respond to major events that their consumers will be talking about. The reward is greater visibility at very low cost as an amusing or engaging tweet and post can go global within minutes. 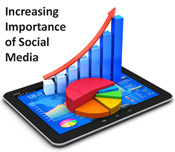 The survey, The Rising CCO V is now in its fifth year and looks at how CCOs from North America, Europe, Asia Pacific and Latin America expect their duties and responsibilities to change over time. Among the key findings were:

Pitch Perfect
World Cup media stats are slowly trickling out. Data from German software firm SAP shows that Adidas is the most-talked about of the official World Cup sponsors so far, with over 67,000 social media mentions.

The same survey revealed that Wayne Rooney and Cristiano Ronaldo were the most talked about players in the first two weeks of the competition. Their popularity waned when England and Portugal were both knocked out of the competition.

American footwear multinational Nike has been spending a lot of money on promoting social media posts and the expense is bearing fruit. Two of its online World Cup-themed adverts have received more than 380 million views.

I hope you enjoyed this week’s roundup of creative social media campaigns!