Weibo is one of social media’s biggest success stories. Since its launch in August 2009 the Chinese microblogging platform has enjoyed a spectacular growth trajectory. The statistics around this powerful digital communications and marketing channel are truly staggering:

With so many active users on Weibo (also known as the Chinese version of Twitter), businesses across the Asia-Pacific region have been tailoring their social media #socialmedia marketing campaigns to reach and engage with this vast audience.

They have been watched closely by foreign multinationals who also want a healthy slice of the fast-growing Chinese market and are following suit by including the network in their portfolios of digital strategies.

Some of the big foreign names that have opened fan pages on Weibo to promote their products are Unilever, Coca-Cola, Luis Vuitton and Tourism Australia. All view it as a key marketing tool to boost their presence in China and to understand more about its peoples, their lifestyles and preferences.

Lots of international companies have already tasted success on the most popular social network in China. In 2011, Tourism New Zealand signed up multi-award-winning Chinese actress Yao Chen as their brand ambassador in mainland China. At the time she had more than 40 million Weibo followers.

During a tour of New Zealand she sent out regular ‘tweets’ about the country to her social network. They resulted in nearly half a million visits to a microsite that was the focal point of the campaign. On its webpages were images of the actress, video messages, airfare packages and links to New Zealand tour operators.

The increased traffic led to almost 20,000 referrals. According to Tourism New Zealand, Yao Chen’s social media activity on their behalf raised the profile of New Zealand among Chinese people, encouraging them to book a visit.

Weibo Potential
Weibo has a huge potential for companies wanting to do business in China. Here’s why:

Large audience of active users – Weibo is the largest social media platform in China; Facebook and Twitter are banned in the country.

Rich media experience – videos and pictures can be used in a single post, vastly improving user experience and helping companies to broadcast their messages.

Advertising – three quarters of Weibo users do not mind seeing adverts and more than half may click on popular ads.

Here is a handful of examples of foreign brands that are creating results-driven Weibo programmes that are reaching more people and increasing audience engagement.

Durex – Durex is produced by British company SSL International and is a market leader in dozens of countries. The brand entered the Chinese market in 2007 and became the top condom company within two years. Durex has a Weibo page with more than one million followers.

It features articles, blogs, photos, videos and other rich forms of content. A report from Weibo Feng Yun studied a two-week period of activity on the page in 2012. During this time, Durex posted 139 updates.

Of these, 60 (46.7%) were entertainment messages such as graphics and videos, 16 (12.1%) provided health information or material related to the brand’s products and 4 posts (2.2%) were product introduction or promotion. Thirty-five updates (21.5%) sought follower interaction, 14 updates (10.1%) featured coupons and buying incentives and 8 posts (5.7%) expressed emotional supports or comforts.

The report found that many of the updates attracted a large amount of interest with lots of comments and reposts and interactions between users. Seventy posts had more than 100 comments, and 85 updates had been reposted more than 500 times. 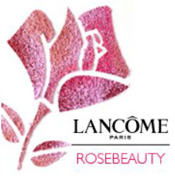 Lancôme – The French cosmetics firm is a market leader in China and owes a lot of its success in the country to its social network. On its Weibo page, the company creates hashtags around specific subjects to provide tips and information pieces on make-up, personal style, and how to choose and make the best use of Lancôme products. Many of their updates receive hundreds of comments and reposts.

Unilever – the Weibo page of the global supplier of consumer goods is information rich. There are posts about social projects the company is involved with such as its support of local community welfare of schools and its sustainable development initiatives.

Unilever also uses the page for product announcements and promotions. With its Tieguanyin Tea product, the company posted a copy of official tests showing that its products had passed national inspections. Food and product safety are highly sensitive issues for Chinese consumers.

Fundamental to Weibo success in China is to remember one of the golden rules of social media engagement, and that is to know the audience. Companies must do their homework on Chinese consumers, discovering their likes, motivations, aspirations and the information they want to receive. Doing so can pay big dividends with increased traffic and visibility that could ultimately lead to more sales.

A sophisticated Weibo strategy in China is becoming increasingly important for western companies that want to compete successfully in the country and grab a decent share of the market.