If you are scratching your head wondering how to excite consumers with your next social media campaign, take a look at some of those featured in this article. They provide inspirational food for thought to get the old grey cells whirring into action.

Pizza Chain Cooks up a Huge Social Campaign
Papa John’s the US-based pizza take-out and delivery chain has launched a colossal marketing campaign to tie in with the start of the NFL season, with social media playing a key part.

According to CEO John Schnatter, the social media effort is the most extensive in the company’s history and will include pizzas, prizes, contests and football experiences throughout the season. Among the social activities will be:

Up Your Celebration Dance – fans will be invited to share videos of their end zone dances on Twitter and Instagram #KickForPapa to be in line for a slew of prizes including meeting football players.

Papa John’s and Buzzfeed – there will be Buzzfeed-branded content including football stories sponsored by Papa John’s.

Intrepid Jungle Explored Needed
RID is an iconic Australian brand, fondly remembered by generations of Australians for its advertising slogan, “Remember the RID. You’ll be glad you did”. During the past few decades the brand has held a 15% market share with little advertising spend. But now, RID’s new owners want to increase that, and they have turned to social media to help, as well as other marketing channels.

The RID Amazon DT Challenge is a social media competition to find someone willing to trek through the jungle to face a number of challenges including wearing just their DTs, and only having half their body protected by RID. The winner will be accompanied by Justin Lyons who made films with TV naturalist Steve Irwin and it’s expected that they will come across up to 2.5 million insect species during the trek.

Painting the Town Blue
Last weekend the owners of the Bud Light beer brand painted the ski town of Crested Butte, Colorado blue as part of its “Whatever USA” #WhateverUSA advertising stunt. The company paid the local council $500,000 to paint roads blue and hold parties, parades and concerts for 1,000 Bud Light beer fans. According to Bud Light officials, the weekend fiesta will generate a lot of content that will be used for a variety of marketing campaigns, including social media.

Snuggle Bear Goes Social
The fabric softener Snuggle is hoping to bring its soft toy mascot Snuggle Bear into the digital age with new campaigns on Facebook, Twitter, YouTube and Instagram #LestSnuggle. They celebrate the bear’s 30th birthday and feature a rich mix of content across the various platforms.

This will include content such as photos from the sitcom Friends that featured Snuggle Bear, posts based around other pop culture references and user-generated content. Followers will be asked to submit their own photos featuring the bear and these will be turned into social media posts and e-cards.

According to Kristine Campbell, Snuggle’s senior brand manager, the campaign will see the company creating and posting one-and-a-half to double the amount of social media content it usually produces.

Fashion Brands Puts the Spotlight on Instagram
Fashion brand Free People has temporarily ditched the supermodels for its current marketing campaign that puts Instagram centre stage. The company has recruited 27 bloggers, models and semi-famous celebrities to post “selfies” #FPSelfieEdition on Instagram that will also feature in the print catalogue that follows.

The pictures are not actually selfies, but the product of several photo shoots in numerous locations. However, the marketing spend was cheaper and Free People’s Instagram account is being used as a prominent marketing channel to spread the word about the brand’s new fashion lines.

Social Media News
A brief look at some of the most interesting stories from the world of social media marketing:

Avocado Accomplishment
The Peruvian Avocado Commission’s summer social media campaign has been deemed a huge success with 29,000 people liking its Facebook page and 8,000 fans following a Pinterest ‘pinning party’. The social media campaign also featured an Instagram contest in which ten people picked up a cool $100 for photographs of their favourite way to enjoy Peruvian avocados.

“We knew that in order to establish Avocados from Peru as a solid, premium brand that’s firmly planted in the United States, the information we provide on the Internet has to be smart, relevant, and engaging,” said Xavier Equihua, the commission’s chief executive officer.

There was also a recipe contest on the Food52 website. 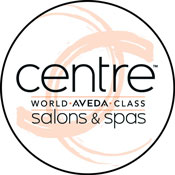 Stylish Sales Boost with Social Media
Centre Salons and Spas enjoyed some local social media success in Utah and Colorado where the company has seven salons. To drive more attention to their Facebook posts and to reach new clients, the salon chain’s stylists created brand new looks designed to show off their skills and flair.

Photos were posted on Facebook and followers were asked to vote for their favourite looks. The end result was more than 500 new Facebook fans and 33 new clients. Additionally, when the competition closed, there was an increase in referrals, resulting in a 200-400% uptake of new clients at some locations.

Jazz Festival Scores Social Media Success
Over to the UK now where the profile of the Manchester Jazz Festival was raised considerably thanks to a social media campaign organised by advertising agency Delineo. The marketing specialists were tasked with increasing the levels of conversations around the 10-day regional jazz fest as well as highlighting participating artists.