The last month of 2018 has seen social media further cement its position in the marketing mix.

Recent research from the Pew Research Center found that social media sites have outpaced print newspapers as a source of news.

Twenty percent of Americans surveyed said they often used social media for news while only 16% turned to newspapers.

Throughout 2018 we’ve seen social media grow across the board with many new technologies and evolving features.

The Return of Sponsored Search and Other Facebook Changes

Having ditched sponsored search ads in 2013, just a year after it was launched, Facebook is once again testing the feature according to TechCrunch.

This will put ads in Facebook’s search results and Marketplace, and in direct competition with Google AdWords.

Starting with a small portion of test industries and targeting smartphones and tablets only, the sponsored search ads will be repurposed regular News Feed ads.

The ads will include a headline, image, copy text and a link to the advertiser’s website of choice.

Boomerang mode, already used on Instagram, will be added.

A new selfie mode focuses clearly on the face and blurs out the background. Facebook has also added Augmented Reality to the app allowing users to add stickers to photographs.

Realizing the importance of Life Events Facebook has enhanced this feature.

The global rollout of Group Stories, a feature that Facebook introduced to the world several months ago, has commenced.

By using Group Stories advertisers can connect with their audience outside of their newsfeeds.

Facebook has added emojis to the feature to allow users to quickly respond to the story.

Shareable Collections was launched early in the month.

Using this feature, users gather their saved posts into a Pinterest type collection, and then share the collection with their friends of choice. Friends can also add their own posts to the collections.

On 19 December, The New York Times reported the company had shared user data with other tech giants Bing, Spotify, Netflix, and Amazon.

A day later, the Attorney General of the District of Columbia filed a lawsuit against Facebook mainly in response to the Cambridge Analytica data leaks.

The changes will allow a higher level of control over their accounts.

Using the new accounts, influencers can access specific statistics so they can follow their online growth and influence.

Direct messaging tools in the influencer accounts will allow users to filter and rank their messages.

Recently, Instagram announced that it would introduce features that will make it easier for the visually impaired to access their photographs.

It will do this by adding a text box that describes the image so that screen readers can describe it.

The posts can carry descriptions for the visually impaired using custom text.

Alternatively, automatic text driven by AI will describe well-known landmarks to the user.

Instagram has added countdown stickers to the app to add some excitement to anticipated occasions.

Anyone sharing or following will receive a reminder when the occasion arrives.

Instagram has also added a music feature that will allow friends to share songs or add soundtracks to stories.

Now you can send voice messages of up to minute long via Instagram Direct messaging.

This option has been recently added to available features.

According to TechCrunch, SnapChat is launching a new feature.

They have called it Lens Challenges.

The challenges incorporate various themes from songs to holidays and events.

Users who want to take part, create a lens.

While the first challenges have been created by the company, the idea is that the challenges of the future will be designed by the users.

Challenges may be public or shared with a select few.

Those that come out top earn the right to be featured on SnapChat.

LinkedIn has changed its privacy settings so that users can prevent marketers from downloading their email addresses through data export.

In this way, users can limit the amount of spam that lands in their email boxes.

SocialMediaToday reports that LinkedIn is testing more changes that will emulate some of the features currently available on Facebook.

These include reactions, GIFs, and stories.

Twitter has added a sparkle button which allows users to decide what tweets they see first.

A press of the button takes users from top posts to latest posts.

This feature was rolled out to iOS users in mid-December. Desktop and

Android users will follow in January. Many users have been critical of the Twitter algorithm which ensured that the top tweets showed first.

The sparkle button will allow users to decide what they see.

According to their statistics, more than two-thirds of travelers use Pins to plan holidays rather than using online travel agencies.

Other areas attracting followers are health, hobbies, entertainment, and lifestyle. 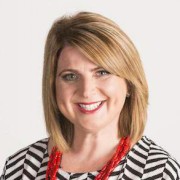