In honour of Earth Day, the space agency NASA launched a Global Selfie campaign. People all over the planet were invited to take a picture of their local environment and submit it to one of NASA’s social media channels. This was for inclusion in a mosaic image that would look like how the Earth appeared from space on Earth Day (April 22, 2014). Participants were also encouraged to say where they were when the image was taken, using a sign, inscription in the sand, spelling it out in rocks, that kind of thing.

Each image was used as a pixel in the finished product, which was published the following month. It was created using 36,422 individual photos from 113 countries in every continent.

Although you don’t have to combine thousands of images into a global mosaic, there are several reasons why this highly visual social campaign was a success, and they can help you with your own visual content marketing initiatives:

The taking of selfies is a social media trend that has gone mainstream, so much so that it has been added to the dictionary. The key here is to tap into a popular practice that you know your followers will enjoy doing.

Create campaigns that are consistent with your offering

A social media campaign shouldn’t feel like a bolt-on, an unnatural fit for your company. Make it relatable to what you 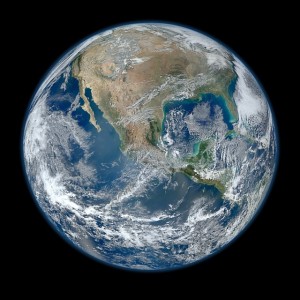 do. It is easy to see why a mosaic of Earth fits NASA like a glove. The space agency said: “NASA astronauts brought home the first ever images of the whole planet from space. Now NASA satellites capture new images of Earth every second. For Earth Day we are trying to create an image of Earth from the ground up while also fostering a collection of portraits of the people of Earth.”

NASA’s global selfie was a great idea that garnered lots of social media conversations and picked up many mentions in the mainstream press. OK, so it might be a little easier for NASA to get column inches, but you don’t have to attract the attention of national or even regional newspapers to be a hit. Yes, mainstream media attention is very useful, but if you come up with an imaginative and fun campaign, your network will talk about it to their network and so on. This is one of the many fantastic things about social media campaigns; they can grow and take on a life of their own.

Don’t go for the hard sell

While you want your campaigns to ultimately lead to more sales, don’t use them to push marketing messages down people’s throats; they are not adverts in the traditional sense. The global selfie campaign aimed to create awareness about the environment and promote the agency’s ongoing work to protect the Earth. It succeeded in these goals, but it wasn’t through inundating people with promos and messages. More, it was by creating something fun for them to do that got them participating and talking.

NASA created a wonderful celebration of the planet via five social media sites: Twitter, Instagram, Facebook, Google+ and Flickr. By being on the most popular image sharing sites, it benefited from a huge potential reach.

A visual social media campaign has the potential to attract a massive audience and drive user engagement in a meaningful way. Some of the stats released in the last few months are a testament to the power of visual content marketing. For example, tweets with images receive 18% more clicks, 89% more favourites and 150% more retweets, and images and photos are the most important tactic in optimizing social media posts.

Participating in a visual social media campaign is easy and fun, and a great way to get people excited and spreading the word about what you do.