This week’s roundup of social media campaigns sees a global confectionary brand, an online bookmaker and a tourism department capitalize on the spontaneity, instant nature and reach of social sites.

They are inventive drives that are benefiting from one of social media’s golden rules – remembering that it’s a two-way street. By providing an interactive experience and engaging content, followers can become a company’s greatest advocates.

Although still a strong believer in traditional marketing methods, the chocolate maker has fully embraced social media, putting interaction with consumers at the heart of its plans. To this end Cadbury has started a “flavour conversation” on social networks, seeking answers to the “Which flavour do you favour?” question.

In addition to daily discussions and posts, Cadbury is releasing a raft of new content including a “social vending machine” where consumers input their personality traits to be matched up to a specific flavour. Cadbury is also bringing back an old flavour thanks to social media. Black Forest flavour will once again be on the shelves thanks to heavy consumer demand.

Cadbury head of marketing Steve Chantry said: “We’re bringing back the old favourite, Black Forest. If you look at our Facebook page, the amount of disquiet looking for Black Forest is immense and we’ve been inspired by that to bring it back.” 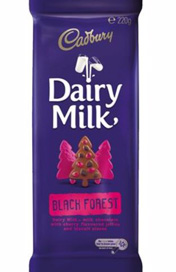 The company’s investment in social media is paying off as the various platforms provide an instant snapshot of consumer sentiment. By listening carefully to consumers Cadbury can tailor its offerings. Steve Chantry added: “The passion you hear towards flavours like Black Forest, we’re fortunate enough that we can receive that feedback and be able to act upon it.”

Cadbury’s major revamp is also taking in other countries where new social media campaigns are underway. In India the chocolate brand has launched #MyFavDairyMilk campaign inviting consumers to vote for their favourite flavour.

On Twitter, Cadbury is hosting contests around its flavour variants with the chance to win hampers full of chocolates. Fans are also being invited to answer flavour-based questions.

Football Fans Clamour for the ‘Best Job in the World’

Online bookmaker Titan Bet has just wrapped up its 8-week ‘Best Job in the World’ campaign. The aim was to increase its profile in the UK with an offline and online promotional drive that offered someone the chance to report on eight World Cup matches in Brazil, including the semifinals and final.

The all expenses paid trip includes accommodation and a £4,000 salary. To leverage the social audience Titan Bet produced more than 200 short YouTube videos and encouraged people to vote for their ideal candidates and share links and videos. Filmed content was also sent out to football fan sites and blogs and a brand ambassador worked across several channels. The results were impressive:

Titan Bet will benefit from a further social media boost when the successful candidate is chosen and starts posting their reports and other content from Brazil.

Taking Snaps of Dubai
Keen to grab the number one tourist destination spot as the world’s most visited city, Dubai’s tourism and marketing office has instigated a number of new measures including social media campaigns. Currently it is ranked in seventh position, and has set a target of doubling annual visitor numbers to 20 million by the year 2020. This could triple tourism’s contribution to Dubai’s economy.

To generate more of a buzz about the second largest emirate, #MyDubai encourages visitors and residents to take photos of Dubai and share them on Twitter or Instagram using the hashtag #MyDubai.