Social media #socialmedia is going places in the world’s most populous Islamic country, Indonesia. It has become the new breeding ground for innovative social networking sites and applications. With a fast proliferating populace spellbound with Twitter and Path, almost one-fourth of the country has easy access to the Internet. Lets take a look at the growing social media trends in Indonesia.

Indonesia has nearly 100m internet users and with a young population now and for the years to come, the country’s social media scene is a promising prospect for any business #business. Jakarta beats cities of the world when it comes to percentage of total posted tweets

Social media is set to reach its pinnacle in Indonesia #Indonesia over the next year, even as Twitter continues to be the hot favorite in the capital city of Jakarta and everywhere else.

Even though Path is the local competitor, the San Francisco microblogging giant has managed to keep its charm for the population. Over 67 million people are set to reach voting age next year and this only means yet more popularity for the site in the country.

Brands #brands and campaigns have found warm welcomes on the site, and are being organized along with videos on YouTube. News and whatever is live is an instant share on Twitter, as it is simply the place to be ! With mobile phones getting cheaper and cheaper, Twitter is here to stay in Indonesia. 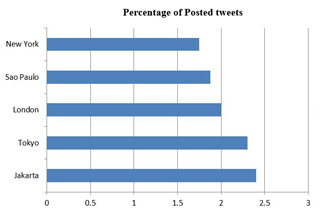 With 2.4% of the world’s tweets coming from Jakarta, social and political campaigns are aggressive and intense in Indonesia. The elections in the country have of late accorded promotion #promotion on Twitter the status of a necessary tradition.

The election of the Governor of Jakarta last year illustrates exactly how political and social endeavors are constantly banking on promotion and running campaigns #campaigns on Twitter to hoard public support. However, this is not the last or the only instance when support was mobilized to aid a political campaign.

Social Activism through Social Media
Twitter has proven to be a tool for coordinating support #support and online movements all over the world. In addition to politicians and the president managing healthy Twitter accounts, there has been a lot of using it for broadcast of information, sharing social concerns, and expressing outrage. 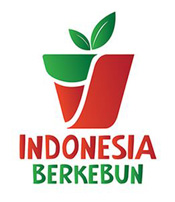 Recently, a minister readily paid up a penalty after a photograph of him driving in the wrong lane surfaced, posted most probably by an exasperated citizen. There has also been an emancipation of city farmers, helping utilize unused city land for planting and gardening, via an activity called the Indonesia Berkebun.

Ecommerce sites to Invigorate the Economy
Although many surmise that the ecommerce #ecommerce aspect of social media trends in Indonesia is still in the development phase, the upcoming times could pep up the scene. With sites like Bejubel.com, Tokopedia.com, Multiply.com, Lapar.com, and others, the Indonesian internet user is sure to make more purchases online. 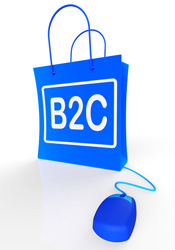 Sales for B2C #B2C are expected to grow 18.3% to a little under $1.3 trillion worldwide. Online payment, smart bargains, and the convenience of a widening network of online stores will not be resisted for long by the Indonesian netizen.

Although Twitter is the most talked about social media platform in Indonesia currently, platforms for sharing of information and for chatting services have become rather popular in this archipelago of 17,000 islands. YouTube is being extensively used in addition to the local chatting favorite, LINE, the latter complementing the mobile-texting culture in the country.