These days there are no guarantees that a social media marketing campaign will become successful. Social outlook and virtual fads are changing too rapidly to be sure of anything on the Internet. As such, Internet marketers are becoming more important and to some extent can be compared with academic researchers.

Nevertheless, the unpredictability of Internet popularity doesn’t mean Internet marketing has no foundation to rely on. The future of Internet advertising campaigns is completely set on the experiences of previous marketers. 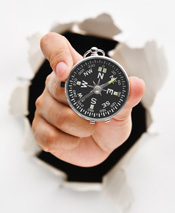 Due to the fact that, as mentioned above, the Internet is developing and changing quickly—it’s obvious you should take note of the latest breakthroughs in online marketing. Especially as they concern social media, which is in fact are the virtual mirror reflecting the quick-change tendencies in modern society.

Considering all these facts, we have gathered the 5 of the most successful social media campaign examples to stir up the web recently. A review of the reasons behind their impact accompanies each campaign, so social media marketers will be able not only to get some inspiration for their future projects, but also to learn from the proven experts.

Starbucks provides a perfect example of integrating the commercial system with social media. What this popular brand did is revolutionary—it gave customers the opportunity to order a free cup of coffee for someone else through Twitter.

The only thing a user needs to do is to tweet @tweetacoffee together with the Twitter handle of the chosen person. Then the receiver adds this gift to his or her Starbucks account: it’s quite easy due to the deep integration with Twitter.

People like free stuff, so it’s not surprising that Twitter users massively supported the campaign. The additional advantage is that customers could simply gift coffee from their smartphones, as though they were tweeting a normal message.

No need to waste your time with additional registration or even getting up from your couch. Well done, Starbucks! As reward for their understanding of social media marketing’s importance in today’s business world, they received an additional $180,000 in income.

No big company can escape critique. And most of them prefer to ignore invectives. But Smart USA showed maturity and playfulness in putting to use a critic’s comment as part of their promotion.

The grandiose SMM campaign sprouted from a little reply on Twitter. Smart USA produces small cars, and people often show their displeasure with the funny-looking product on social media. So, one day @adtothebone tweeted: “Saw a bird had crapped on a Smart Car. Totaled it.”

He probably didn’t expect to get a strictly factual answer in return: that it would take 4.5 million pigeon poops to damage the special Smart Car’s tridion safety cell. Intrepidity and a bit of humor with their critics paid off, and the Poop message was soon called the best tweet ever.

In terms of numbers, the Poop reply garnered 22 million impressions, and, moreover, people started mentioning Smart USA in their tweets 2,200% more. Also, you can imagine the positive effect on Smart’s sales—the “tridion safety cell” keyword search grew by 333%. So this is one of the most successful Twitter marketing campaigns we have seen.

may be surprised to learn that in many cases really good social media marketing is created off the Internet. YouTube in particular can be key to getting your real-world publicity out to millions of viewers.

And if the clip is very well crafted and plays to the tastes of your target audience, minimum promotion will be required from your side: everything will be taken care of by thankful spectators.

As though confirming the importance of offline activity, the beginning of this ad demonstrates the preparation that went into making the video. The rest of the ad shows a funny prank in which actors play out a scene that includes telekinesis.

It takes place in a regular coffee shop, shocking visitors and causing viewers to laugh out loud. In the end the video is an invitation to watch the movie “Carrie” based on Stephen King’s novel. How can you refuse after such painstaking amusement?

is another example of YouTube ad success. This charming video proves that marketers should concentrate on creating an experience in order to evoke feelings and emotional reactions within the audience, whether comical, like in the previous video, or sentimental, as seen in this one.

Never press your product on the target audience; instead, make something lively and interesting. Follow this rule and you’ll be rewarded. This Dove ad proves that to a “T.” It was launched back in April 2013 and has drawn over 114 million views since.

So, what does this video contain of interest? It presents an experiment with sketches, featuring a person’s words about him- or herself contrasted with someone else’s words on the original person.

The result convincingly demonstrates that people, especially women, usually criticize themselves more than they deserve. It causes one to appreciate the psychological fact that there is no true love for others without first loving yourself.

#FirstWorldProblems by Water is Life

organizations always need more money. And to get more money, they need good promotion. Consistently good promotion means good financing. However, charity companies don’t have this luxury, and they need to rely on more creative means.

Water is Life definitely rose to the task. First of all, they used the meme hashtag #FirstWorldProblems, which is associated with ironic Tweets to deride the typical ridiculous complaints of wealthy Western people. Then, the Water is Life team composed a video in which poor Haitian people claim these typical problems.

To round out the video they show the #FirstWorldProblems hashtag and ask for donations. The result? The ad reached almost 5 million viewers, Water is Life received enough money for their generous mission, and we got a social media marketing masterpiece

Instead of a conclusion, it would be better to outline some points for SMM success gained from the listed examples: 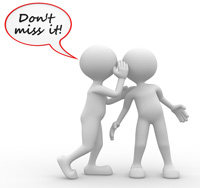 – Keep in mind that social media marketing naturally grows from mouth-to-mouth marketing. Therefore, grasp the obvious idea that in SMM you work with people, not web resources.

– Always remember that social media marketing begins offline. This means your team should plan and prepare everything before you start the campaign.

– Humor. Social media is the stomping ground of quick, easy, informal communication. People don’t want obtrusive content, but rather content that correlates with the target audience’s sympathies and gets across a positive mood.

– Hashtags. Hashtags are everywhere. So check them regularly and always fill your SMM campaigns with trends.

If you want to add your own successful social media marketing campaign example or you simply have some remarks, you are welcome to contribute in the comment section.