In this week’s rundown of some of the top social media campaigns that have just been launched, we see how one airline company has turned an item of lost property into social media gold.

And there’s strong usage of user-generated content to promote causes and as a key to admission to contests. In the news section, there’s a story on how social media ad spend in the Asia-Pacific region is set to skyrocket.

Virgin Airlines Looks for Owner of Lost Engagement Ring
Here’s a savvy use of social media by Virgin Australia that is getting lots of social media hits as well as acres of free newsprint all over the world. About a month ago, an engagement ring was left in a passenger lounge at Melbourne Airport.

The airline has taken to Twitter for a social media campaign that aims to track down the person who left the ring and reunite him or her with the precious jewel. “Unfortunately we haven’t had anyone come forward to claim their engagement ring after leaving it behind in the Virgin Australia,” said a Virgin spokesperson.

Since the beginning of last week, “Lost love <3 – Please RT to help us find the owner of an engagement ring lost in our Melbourne Lounge” has been retweeted more than 250 times, but still the owner hasn’t been found.

Anyone coming forward will have to answer numerous questions such as the date the ring was lost, and provide confirmation they were in the lounge, to determine if they are the rightful owner.

This week is World Animal Week, and to help encourage people in Ireland to do more to improve standards of animal welfare, the Irish Society for the Prevention of Cruelty to Animals (ISPCA) has started a new social media campaign. It is called ‘Love your Pets’ and can be followed on Twitter using the hashtags WorldAnimalWeek along with #ISPCA1 and on ISPCA’s Facebook page.

Followers are being encouraged to share photos of their pets and to donate to the non-profit organisation’s work. There are also stories about rehoused pets and requests for new homes for abandoned animals.

Celebrating World Teachers’ Day on Social
Sunday October 5 was World Teachers’ Day and to showcase the passion that Canadian teachers have for their work as well as the vital job they do, members of the Elementary Teachers’ Federation of Ontario (ETFO) launched a social media campaign. Via Facebook and Twitter, they are sharing details about what they feel is so amazing about their profession. 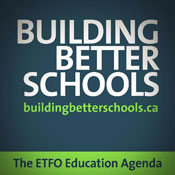 ETFO President, Sam Hammond, said: “Ask any teacher and they’ll tell you that teaching is a calling. That is what drives them to work hard and love the work they do. Our children’s educational growth and development are in the hands of teachers who bring superior instructional expertise and instruction to classrooms to create a successful learning experience for all students.”

Social Contest Promotes Football Game
Washburn University in the United States has turned to social media to promote its first football game at Kansas City’s Arrowhead Stadium. A social media contest called #BodsAtArrowhead has been launched that will reward three winners with tickets to the game at the NFL (National Football League) stadium.

To be in with a chance of snapping up a prize, participants have to send photos or videos showing attendance at a university athletic event to Washburn’s Twitter, Facebook or Instagram pages.

Alternatively, they can post a photo or video to Instagram showing the contestant in a current academic pursuit. Participants have an added incentive to get started immediately, as the first 100 entrants will receive a scarf that’s embossed with the contest’s hashtag.

“We want to see the excitement for #BodsAtArrowhead build over the next six weeks leading up to the game,” said Michaela Saunders, web editor in the Office of University Relations. “This is a historic opportunity for the Washburn football program and we want our student athletes to know we support them.”

News
Here’s a brief summary of some of the past week’s most interesting social media stories.

Social Media Ad Spend in Asia-Pacific on the Rise
Asia Pacific will see a large increase in social media ad spending according to a new forecast by eMarketer. It should exceed $5 billion in 2014 which represents a 53% increase over 2013 levels. 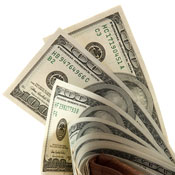 The report estimates that by the end of 2016, approximately 16.1% of advertising dollars in the region will be spent on social networks, a figure that comes to around $8.6 billion. Currently, Asia-Pacific ranks second in the world for social networking ad spend, accounting for 30% of social ad dollars spent globally.

MasterCard to Increase Social Spend in Asia-Pacific
MasterCard, a multinational financial services corporation has revealed that it is ramping up its digital marketing efforts in the Asia-Pacific region. Over the next three years, the company will spend $10 million on digital to take advantage of the region’s fast growing internet-based businesses.

Turkish Delight at Social Media Success
To improve efforts to market itself as a destination for international conferences and events, Izmir Convention & Visitors Bureau in Turkey launched a content marketing campaign via social platforms.

The initial results have been hugely positive. The bureau says it started with a post on LinkedIn entitled ‘Meetin Izmir: The MICE 2.0 Social Marketing Campaign’  that reached more than 1,500 followers in about two and a half months.

This has led to a number of enquiries regarding meeting facilities. Bureau officials hope that still more people will read the post as it is encouraging followers to share it via the hashtags of #izmircvb, #meetinizmir, and #themicebooklet.

Social Media in Space
Social media is helping to boost the public’s interest in space research. When the Indian Space Research Organisation’s (ISRO) Mars Orbiter mission arrived at the red planet, a virtual handshake with NASA took place over the internet.