More than a week after the climax of the World Cup, the massive sporting event still looms large over the social media landscape. Analyses and statistics pore forth from platforms and brands and they have got marketers licking their lips. Elsewhere in social media, a number of small and large brands have launched brand spanking new campaigns to raise their profiles and promote new goods.

The Power of the Shower
Bath and kitchen company Hansgrohe USA has kicked off a new component of its #SelectHansgrohe social media campaign, targeting its Instagram community with the hashtag #WaterSelfies. Until the end of July, Instagram followers of @HansgroheUSA are invited to tag water-related selfie images.

The pictures could be pool parties, a day at the beach or swimming races, just as long as they are water related. Ten winning entrants will receive a GoPro camera with case. The mini campaign is part of a wider promotional push celebrating the company’s Select shower technology. 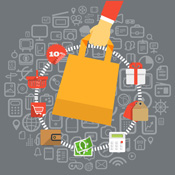 Social Media Giveaways
Outdoormountainspirit.com, an online store for women’s apparel and accessories for active, outdoor women announced a giveaway on the weekend to promote their brand. Anybody who ‘likes’ their Facebook page will be entered into a draw to win a free bag of goodies containing items such as socks and scarves. They will also be awarded a bonus entry for any of their Facebook friends.

Contests or giveaways are a good way to generate some instant attention, but social media success really comes with long-term engagement once you have got fans to your page. They need a constant diet of original material to keep them coming back for more and spreading the word about you.

Born to Build
To promote career opportunities in the construction industry, the UK Contractors’ Group (UKCG) has launched a social media campaign and website aimed at 14 to 19 year-olds in every school in the UK. It’s a smart move by the professional body to communicate with an audience in the online places where they hang out.

initiative includes a YouTube video and case histories of 17 young video blogging construction entrants. UKCG members will also be on hand to answer tweets and queries submitted to the website.

Send a Whiskey-Fuelled Salutation
Irish whiskey brand Tullamore Dew is celebrating its new distillery by offering customers and social media followers the chance to send a personalized Parting Glass Toast featuring Irish gentlemen from its short film “A Parting Glass”. The videos sit on the company’s website and users can choose from several themes including new home, birth of a child, new job etc.

These can be personalized with a name and a message via Facebook, Twitter or email. In each clip, the actors are sitting at a bar, raising a toast tailored to the particular situation. Tullamore Dew’s campaign also features a competition to win a trip to Ireland when users share their own “parting glass” moment. A parting glass moment is a way to mark significant life events.

How Your Campaigns Can Go Viral
Looking for inspiration that may help you to launch a phenomenally successful social media campaign? Business2Community has five examples of social media marketing campaigns that went viral.

Studying them may provide you with ideas that can be replicated in your own social media endeavours. Among the viral campaigns featured are Cadbury’s giant chocolate Facebook thumb and Wilkinson Sword’s Santa Claus hostage video. Each received massive views and lots of mentions across numerous platforms.

Are you the Brains behind the Next Disruptive Innovation?
A huge prize purse is certainly one way of getting some attention. In India, Mahindra Group has created a YouTube video to promote its million dollar ‘Mahindra Prize’. The big money is to encourage the next generation of world changing ideas: “If you have a million dollar idea, we have a million dollars for you”.

The film, which can be viewed here features a number of everyday situations that prompted revolutionary discoveries. So far, it has received more than one million views.

Social Media News
Here is a roundup of some of the biggest social media news stories of the week. 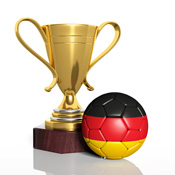 Footie fans love their statistics, so here are a few recent eye-openers from the World Cup which finished with Germany beating Argentina 1-0.

On Facebook, approximately 66 million people created more than 200 million interactions during the Brazil vs Germany game.

According to Twitter that match was its most tweeted single sports event ever. USA Today reported the sending of 35.6 million tweets.

Social Media is Influencing Asian Travel Plans
Big news for travel industry professionals: According to Expedia’s 2014 Flip Flop Report, social media is crucial when it comes to Asian travellers determining where they are going to vacation – more than it is for people in the west.

The report revealed that 60 percent of Asian respondents felt that social media platforms were “very/somewhat influential” when choosing where to go for a beach holiday. This compared to 39 percent of North Americans surveyed and 24 percent of Europeans. Expedia also revealed that users from Asia were most active in sharing photos and videos whilst on vacation.

Sharing Visuals on Social Media during Vacations: The Top Three

Vikram Malhi, general manager for Expedia in Asia, commented: “Asian travellers are not just booking their travel on their devices, they are also sharing their travel experiences and researching on mobile more readily than their Western counterparts.”

“Mobile is a huge area of investment for Expedia, and the findings reinforce our aim to offer travellers a complete experience, from pre-booking to post-vacation, across devices.”