Vine is one of the most rapidly growing apps in any application store, and is on its way to becoming a social media platform that will be able to rival the likes of Facebook, Twitter, Instagram and Snapchat.

Having had an account almost from its release I can tell you that knowing how to use this rapidly growing piece of media will almost certainly benefit you in the long run and provide you with the necessary ways to communicate with the world around you in the most entertaining way possible.

The first step to using Vine is to download it off one of the application stores on your phone. Vine is an app that is exclusive to mobile devices so that means you need either an iPhone or Android based device to download it, and cannot use your PC or Mac to make an account.

The second step to using Vine is to having a Twitter account. This is mandatory because since Vine is an application made by Twitter, they require that you have an account on the social media site before you are able to access the platform.

After you have made a Twitter account or already had one and try logging in and you can update your profile to either differentiate it from your Twitter, or just to add any new information. The third step to understanding how to use it to look at other vines themselves and try to make some.

A vine is basically a six second short piece of video that has an activity going on in it. Try searching up some famous Viners such as Josh Peck, King Bach, or Destorm and see how their vines are made and what makes them so attractive. 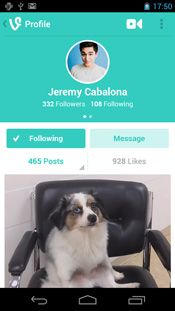 Try to emulate them by making your own vines. To do this you must already know what you are going to do in your vine and depending on whether or not you want other people to see it or not you should try to make it pleasing, and engaging as possible.

After you have recorded the six second piece of video, it would be best to do some sort of edit upon it such as adding background music, cutting out unnecessary scenes or even adding a type of filter. The last step to understanding how to use Vine is to stay active.

You can do this by doing the already discussed vine making or other things such as following people whose vine’s you like, or following back people who have followed you. You can also go to other people’s profiles and begin re-vining and liking their vines to show support. 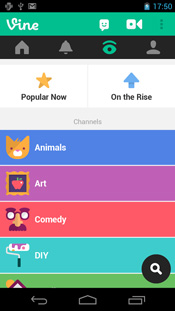 A re-vine is essentially posting their Vine on your profile to give the Vine more exposure. As you search around and get more accustomed to the website you will find that the more popular users will have an inordinate and vast amount of likes amongst there vines.

It would be a smart idea to go to the comment sections of these kinds of vines and promote your own channel and videos in hope that the viewers and commenters see your post and decide to go and check out your videos.

In conclusion, understanding how to use and maneuver the social media application Vine is not at all a hard task as long as you are able to have the app, make an account, make vines, and stay active you should have no problem, and be on your way to fully understanding the application in its entirety.