For companies who are looking to market their brand on a global level but do not know where to start, we need only refer to the strategies that you apply locally, but adapt them culturally. Social media marketing has revolutionized the PR industry and we can use sites like Facebook, Twitter, Tumblr, Instagram, and Pinterest to market just about anything. The same applies abroad.

According to a survey from March 2013, there are 874 million active social network users across Asia, reflecting an 18% increase from a report in October 2012. This rapid growth in social media technology in Asia from Asian social networks, reflected by huge internet communities in commerce, gaming, chatting, and music, makes Asian social media platforms an ideal place for companies to start their brand marketing. So what are some sites on social media in Asia that you might want to keep on your radar?

Renren is similar to Facebook in that it allows users to connect and communicate with each other and share content. It’s the largest real-name Social Networking Site in China and has an active user base of 178 million people, which is growing at 20% a month.

Perhaps what makes Renren a little different from Facebook, however, is that it includes an online games center, a social commerce site, and a video-sharing site. So it really is a combination Asia social network.

Renren users can go shopping, play multiplayer games, and listen to music all with this one platform. That being said, it is becoming a place with so many features and services that people can spend a bulk of their days there.

The site mainly caters to college students. An interesting fact about Renren is that it has cooperated with academic researchers to understand the growth and structure of its online community in helping the site become better and more user-friendly.

Youku is China’s leading online video network and operates similarly to Youtube in that it is also a video hosting site. It has partnered with over 1,500 companies to regularly upload media content on the site, including television stations, distributors, and film and TV production companies.

According to China Internet Watch June 2013, Youku dominated the mobile video market, with 14.12 million daily unique visitors, almost twice the amount of the next most visited site, iQiyi. However, Youku does not allow international IP addresses to access their content, so while this is a valuable resources to post video campaigns to market your business, it must be done from a local avenue. 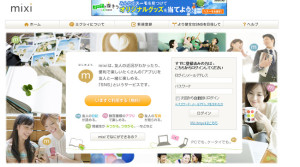 Mixi has been the leading social network platform in Japan since its inception in 2004 and has a lot of features that cater to the young people and pop culture community in the country. The website’s mission is to “give users the possibility of truly expressing themselves,” offering integration of blogs in personal profiles, allowing users to share their favorite music, and a footprint that allows users to see who has visited their profile.

This last feature may be useful for companies because they can go back and interact directly with those who stumbled on their page. Local and international brands such as Uniqlo, Disney, and Muji have active profiles on Mixi, which can be decorated according to the brand aesthetics.

So keep these three sites driving social media in Asia clearly on your radar, and you will not miss out on what is the future of social in this region!