According to Xinhua News, a recent survey by the Horizon Research Consultancy Group of Beijing noted that Chinese smartphone users tended to have different apps depending on what city they lived in, as that also determined that city’s economic tier and lifestyle habits. Here are some things to keep in mind for App use in China and specific demographics.

This survey questioned nearly 2,000 Chinese smartphone owners between the ages of 18 and 32, and it should be noted that there are fewer smartphone users in smaller cities because of the general trend that the average income in those areas is much less.

What were some of their findings and what does this mean for transnational businesses that want to tap into Chinese social media?

1) Most predictably, social networking applications are most popular in larger cities and 53.8 percent of participants said they used networking apps like Sina Weibo and WeChat, while the that number is about 41 percent in third and fourth tier cities.

2) The larger first- and second-tier cities also saw their smartphone users have more apps for food, sports, and tourism, as they have more variety in entertainment and restaurants, as well as more resources to travel and go sightseeing. Lower-tier cities have fewer listings on restaurant and sightseeing apps anyway, so those aren’t very useful for them. 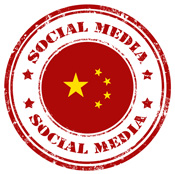 Now, these findings may impact how you approach Chinese social media based on what cities you are looking to enter. Tier 1 cities, which are seen to be culturally and economically powerful, are prime targets for transnational companies, because there are so many smartphone users there.

However, because there are so many apps on their phone, it is important that you either work with the popular ones, or create a social networking app that distinguishes itself, rather than get lost.

Now, if you are trying to enter the market of a third- or fourth- tier city, which are home to many factories, you might consider placing ads with Youku and other Chinese entertainment platforms, or gaming apps.

Being locally sensitive and aware is very important to marketing, especially when you are trying to engage with your audience from a virtual, social media platform. Keep in mind which practices are most popular with the city you are looking at and work from there!