Here’s a look at some of the latest social media campaigns that have launched in the last few days.  They are characterised by people power, interactivity and giveaways, highlighting the various ways of using social media to get attention. 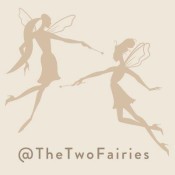 With only a few weeks to go until Santa climbs on his sledge, shops are ramping up their social media campaigns to highlight their wares. In conjunction with its TV advert in the UK, Marks and Spencer has an undercover social media campaign featuring the work of two fairies. The Twitter-based duo @TheTwoFairies are using the retailer’s social media networks to find people who are wishing for certain gifts, and then they deliver them. You can also find them on #FollowTheFairies

Students at Cambridge University are hoping their social media antics will attract the attention of global superstar Taylor Swift and encourage her to attend Trinity College’s May Ball.  This is one of the biggest events of the university’s year.  The bright young things have filmed their own video of Swift’s massively successful single “Shake It Off”.  It was shot in some of the most iconic locations in Cambridge such as the picturesque grounds of Trinity College and the River Cam.  So far the video has received more than 17,000 viewings, although there’s no indication of whether the singer is one of those who has seen it.  In addition to the video, there is a campaign called #TayloratTrinity across Facebook, Twitter and Instagram that students hope will catch Taylor’s eye.

Music fans are making their voices heard through another social media campaign, this time to try and get K-Pop, a South Korean dance music group to attend the forthcoming Mnet Asian Music Awards (MAMA) 2014. Fans of the all-girl group are using the hashtag ‪#‎WeWant2NE1onMAMA2014‬. 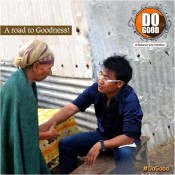 In India, private life insurer Reliance Life Insurance Company Ltd has launched a social media campaign called Do-Good.  The aim is to encourage people no matter who they are or where they are located to perform selfless good deeds for others.

Anup Rau, chief executive officer of Reliance said: “We firmly believe that any selfless act of goodness – across demographics, causes and regions – needs to be encouraged. There is a genuine need to create a platform where each such act by individuals or groups can be shared with a larger audience and amplified to be recognized. Our ‘Do-Good’ campaign aims to provide such a platform for sharing and recognition.”

Beer Company Will Buy You a Drink 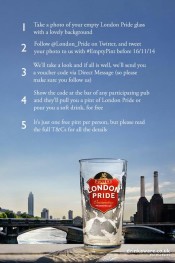 Well, here’s one way to get some eyeballs looking at your social media campaign – offer a free print of beer.  Fuller’s a beer brewer based in London is offering followers a free pint of Fuller’s London Pride.  All they have to do to claim their drink is to tweet a picture of an empty pint to @London_Pride with the hashtag #EmptyPint.  They will then receive a code that can be exchanged for a pint in any participating pub. The brewer is a big fan of social media to get the word out and raise its profile. It says that previous campaigns have significantly boosted purchase intent amongst consumers.

F1 in Schools Revs Up its Social Media Campaign

The F1 in Schools competition, is a global contest for school children to design, develop and manufacture a miniature car.  The event ties in with the 2014 Formula 1 World Championship and this year will be held in Abu Dhabi. The challenge is issued through Twitter, and the social media network is used to drive awareness and popularity of the F1 in Schools programme.  Organisers estimate that this year’s campaign will reach an audience of more than 10 million people. 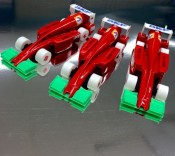 In an interview with PaddockTalk, Andrew Denford, Founder and Chairman of F1 in Schools said of the challenge: “We know how powerful Twitter can be and believe this is a great opportunity for the teams to gain a better understanding of its impact and benefits to them and their sponsors. We are already seeing a huge growth in F1 in Schools related Twitter traffic and I think it will be a closely fought competition between the teams.

“Students are prolific tweeters and the main demographic for this social media tool, as well as using other platforms, such as Facebook, Instagram and Pinterest, so it’s great to be able to integrate them into the World Finales event this year.”

A quick peek at some of the news about social media campaigns that have been making the headlines over the last few days.

Western Sydney band 5 Seconds of Summer will make their debut appearance on US chat show Ellen following a massive social media campaign. Going by the straight-to-the-point name of “Get 5 Seconds of Summer on Ellen”, the initiative soon reached the eyes and ears of host Ellen DeGeneres. The boys were helped by their huge social media fan base which numbers 5 million followers on Twitter alone.

Twitter has announced that it will open up an office In Hong Kong. The social media company wants to be there in early 2015 to help it leverage the large Chinese market, even though it is banned in China. Twitter, like many other social media enterprises is looking to Asia to grow its revenue.

The content delivery network market in Asia-Pacific has been estimated to grow to $2,4 billion by the year 2019. The market in 2014 is currently worth $460 million. A content delivery network is a set of servers or interconnected computers that deliver content such as audio, video, streaming media and static web pages. Factors contributing to the 38.7% expected growth over the next five years are the rise of online advertising, increased time spent on the internet watching video content and the increase in numbers of mobile users watching videos. A brief analysis of the report is available here as well details on how to download and pay for a copy of the entire research.