It’s no secret that the key to maximizing visibility on social media is posting at opportune times. You will likely find more people scrolling through their Facebook newsfeeds on their mid-day lunch break than you will at 3am.

Typically ideally post times are broken down into the following categories: the morning post (6am- 9am), the lunchtime post (12pm- 2pm), the afternoon post (3pm- 5pm), and the late night post (9pm to 11pm). These times are in part influenced by work schedules.

Studies show that social media users are more likely to be tuned into social media platforms while commuting to or from work or while on their lunch break. Studies also show that users tend to check social media just after waking up or before going to bed. But what about geolocation?

We briefly mentioned several ideal-posting times above. However, don’t assume that this information is universally applicable to all cultures. In fact, much of the data we have regarding optimal post times is pretty focused on US users.

Sure, the lunchtime post is probably a great way to maximize visibility when trying to reach consumers in Chicago or New York. But imagine you have a significant customer base in Spain, where the siesta (afternoon-nap) tradition is still strong.

If you coordinate a post for 2pm local time chances are many of your followers are unlikely to see it, as a good chunk of Madrid will probably be sleeping. The same concern is applicable to a number of different geo-locations, including Latin America and Italy.

Similarly, while a late afternoon post is a great way to catch the attention of followers on their way home from work in a number of major metropolitan areas, it probably won’t work out in demographics that are predominately Muslim, as it coincides with the third of the five daily prayer rituals, known as Salat. 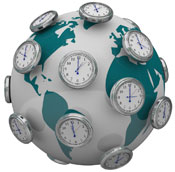 If you have are trying to attract the attention of your Cairo consumers you are far better off scheduling posts that don’t interfere with prayer time. The bottom line? Don’t just assume that a specific time is a good time to post. Always, always do your research and take cultural factors into consideration.

9am PST is the beginning of the North American West Coast workday, lunchtime (12:00pm) on the North American East Coast, the end of the workday in the UK (5pm), and late evening (10:30pm) in India. Therefore if a company tweets at 9am PST they can score an early morning post in Los Angeles, a lunchtime post in New York, an afternoon post in London, and a late evening post in Mumbai. 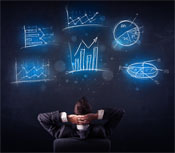 Keep in mind that this model is by no means universal. Successfully coordinating post to reach different geo-locations at optimal times will largely depend on where your followers are, as well as optimal posting times specific to their country or culture. However with a bit of research and coordination it is possible to reach followers in multiple geo-locations at peak usage times.

Consider time zone.
Countries often have more than one time zone, which can make targeting an entire country at one time problematic. Spain, the United States, Russia, Australia, Canada, Brazil, Indonesia, and Mexico are just some example of countries with multiple time zones.

Some of the country might just be getting up and ready for work while another part is already making dinner. In some cases though much of the country tends to be congregated in a single time zone. For example in the United States roughly 80% of the population lives in the Eastern and Central time zone.

If your target demographic is evenly spread across the US you will probably be best served by scheduling posts according to EST. But again, keep in mind that it is important do some research here and figure out where, exactly, your target demographic is. If it turns out that actually the majority of your customers live in San Francisco you are better off posting according to PST.