We are approaching the most wonderful time of the year, so we thought we’d take a look at Marks and Spencer’s 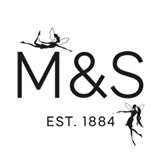 The retail giant’s marketing exercise deliberately started out as a low-key affair, an unbranded series of random acts of kindness. A few weeks back the company created a Twitter account called @thetwofaires that charts the undercover missions of two fairies who travel throughout the UK to perform good deeds. These included delivering chocolates to a hospital ward, Christmas trees to homes and even creating snow outside a primary school. Their activities had the nation guessing about what was going on and the two fairies soon attracted attention, acquiring 12,000 Twitter fans before the association with M&S was known.

All was revealed in the campaign’s main advert that appeared on social media channels before receiving an airing on television. The short promotional spot sees the two fairies, called Magic and Sparkle (M and S) sprinkling magical fairy dust which transforms objects such as drab clothes on a washing line into brand new outfits. To date, the video has racked up more than 3 million views on YouTube. Magic and Sparkle will continue bringing festive cheer and surprises for the duration of the holiday season.

On Facebook, Marks launched a pass the parcel game. Players open a virtual present box to see if they have won a gift which they can collect at a bricks and mortar store. The game was only available to those who ‘like’ the brand on Facebook. Within the first 24 hours of its launch, 350,000 people had played the game. Not only is this increasing the brand’s number of followers, but it is also getting consumers in through the front door.

The campaign represents a shift in where the company is investing its marketing pound. According to Patrick Bousquet-Chavanne, Marks and Spencer’s executive director of marketing and international, M&S is spending the same amount of money on its 2014 Christmas campaign as it did for last year’s festive promotional push. However, this year most of the money has been directed at social media such as Facebook, Twitter and Tumblr.

The company may have a big budget, but there are lots of take home points for small and medium-sized enterprises:

Whether you launch a full-on marketing push for the Christmas holidays, or something low key such as offering discounts or creating holiday themed branding, there are lots of options to leverage the crowd for social media success over the holiday period. These approaches also apply to any holiday season no matter the time of year.