Santa tracking, elf naming and gift giveaways, we must be getting closer to Christmas. Many brands and organisations are taking advantage of the festive season to launch fun and engaging Christmas campaigns. But one of the week’s most interesting marketing pushes reignited public interest in space research. It followed the launch of a test flight for the next phase of human exploration of the Solar System.

Social Media Campaign Boosts Interest in Mars
Last week’s successful launch of the Orion spacecraft gave NASA the perfect opportunity to boost the public’s interest in space research. The space agency did so via one of the largest social media campaigns in its history. Among the campaign elements were YouTube videos featuring famous faces from science fiction television shows, and articles and other content about the role Colorado-based companies are playing in aerospace research. Some of the material can be found under the hashtag #MileCloser.

The Orion spacecraft has been designed to eventually carry humans to the Moon and Mars, heralding a new era in spaceflight. Other social activities included Orion’s social media team talking to the public during the flight briefings, via social sites such as Facebook and Twitter.
“Social media has never really been part of a launch broadcast to this extent before, so that’s really significant and a real milestone,” John Yembrick, NASA’s social media manager, told Space.com.

Retailer Invents Twitter-Based Game to Attract Customers
On December 5, India based retail giant HyperCITY organised a day of activities on its Twitter page. The focus of

the fun was #HyperShopSeedi, a Twitter-based game that involved players tweeting to move a virtual shopping cart up a game board and unlocking offers along the way. Additionally, followers who tweeted the hashtag were in line for prizes

minds this festive season, and that’s a social media campaign that is a big ‘thank you’ message. The airline is expressing its gratitude to fliers with a two-way conversation on social networks and a competition to submit Instagram images #FlyBA2015 recommending holiday choices for others in 2015. The promotional initiative incorporates a video featuring images sent in by travellers and is being uploaded to multiple channels.
“Our customers are some of the world’s greatest travellers and explorers, and featuring them at the heart of this campaign is just our way of saying a really big thank-you for sharing those experiences with us this year,” said Abigail Comber, British Airways’ head of global marketing.

public to name the newest elf in its Santa’s village. People can submit their suggestions on Facebook, Twitter and Google +. Later in the month, NORAD will pick the top three names and put them to the public vote. Additionally, the organisation has its Tracks Santa website which features games, daily activities and a holiday countdown. It is available in eight languages, including Chinese, Japanese, English and Spanish. Opportunities to track Santa are also available on apps and on Facebook, Twitter, YouTube and Google +.

Currys Create Light-hearted Social Campaign
British electrical retailer Currys PC World has turned to social to promote its range of goods to Christmas present buyers. It features a number of videos starring Nick Christmas, chief executive of Santa Tech Inc., hunting down presents for those who don’t know what to buy their loved ones.

“Word of mouth is a significant driver of purchase decisions in this industry and we believe that these powerful yet light-hearted films have the potential to reach new audiences and customers,” said Aaron Garside, account director at 1000heads who created the films with Currys. “We look forward to implementing the rest of the project with the Currys PC World team.” 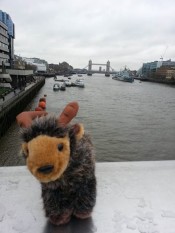 training materials to help travel agents sell more holiday experiences. A Facebook page has been launched just for the travel trade, supplementing the public facing page. Graubünden’s official mascot, a toy ibex will travel across Europe and post selfies at different locations. Agents have to identify where in the world the pictures were taken to be in with a chance of winning a trip to Heidiland.
Graubünden is Switzerland’s largest canton, home to 1,000 mountain peaks and more than 600 lakes.

as Twitter, Facebook and Instagram #alkhalijiselfie. Members of the public are being asked to send in selfies taken at different Qatar locations to “express their love for Qatar”. According to the bank, the incentives for participation are recognition in the media and online for the images that receive the most likes.
“This is a great opportunity for both locals and residents to get out and explore Qatar and all it has to offer. Through this campaign, users will learn more about Qatar and the many places and opportunities that the country has to offer,” al khaliji said in an official statement.

News
So, what’s been making the social media news during the last week?

A Big Thumbs Up for Mobile Advertising
According to ‘Creating Brand Connections Across Devices’, a study by Yahoo and Mindshare, 87% of surveyed users conduct pre-purchase research via their mobile devices. Looking for promotions or discount coupons in mobile advertisements was a popular activity among 61% of survey respondents. The study also found that Singaporeans are among the biggest gadget users, spending an average of 3.7 hours a day on mobile devices for personal use.

In Other Mobile Marketing News…
… the number of Philippine marketers investing in mobile stands at 54% according to the ‘Philippine Advertisers Attitudes Towards Mobile Marketing’ study, conducted by Mobext and the Philippine Association of National Advertisers. That figure is up 6% on the previous year. The study also revealed that SMS and mobile sites are the top two mobile marketing tools at the moment.