Thinking about launching a social media campaign to promote your company or new product or service, but don’t know what approach to take?  Have a look at new and current campaigns to ramp up the inspiration levels.  Get started with the newest campaigns on the block.  Here’s our look at some of the most fascinating projects that launched in the last week.

The German multinational sports shoe and clothing company Adidas has launched its global winter campaign, and it is putting social media at its heart.  The #openallwinter promotional push is centred on outdoor pursuits such as running and walking as well as snow and ice-based activities including skiing and ice climbing. 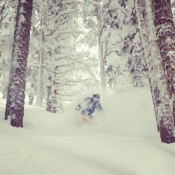 The marketing activities are to promote the company’s new Climateheat clothing.  Social media users who share photographs of their winter activities on platforms such as Instagram and Twitter will be in line for weekly prizes.  The winner of the best snapshot of the campaign will receive a “winter adventure of a lifetime”.

Hotel Staff Members Get a Big Thumbs Up on Social

Solmar Hotels & Resorts in Los Cabos on Mexico’s Baja California Peninsula are about to launch a social media campaign that highlights its members of staff. Under the hashtag #IGotThis, a selection of employees will be highlighted every week for guests to “like” their favourite staff member.  The campaign will be run primarily on Solmar’s Facebook page and was inspired by staff’s response to September’s Hurricane Odile.

Although their own homes were damaged, many staff went above and beyond the call of duty to ensure that all five of Solmar’s properties were back in business within a month of the storm. Employees with the most likes will receive complementary tickets to some of the top attractions in Los Cabos.

Shoppers Get Fashion Forward on Social

Grazia, the daily digest of fashion trends has launched an ecommerce site that will sell more than 250 brands including Victoria Beckham, House of Holland and John Smedley.  To grow and develop sales, a strong link between editorial content and the internet store will be established.

Social media campaigns will feature heavily as shoppers will be able to create their own collections through a social media promotion called “Fashion Stories”.  Consumers will have the opportunity to edit their own looks and share selfies.  The aim of this is for customers to inspire each other with their fashion choices and for Grazia to create a busy and active social media presence. Fashion blogger and designer Chiara Ferragni will contribute to articles for Graziashop’s social media channels.

Like strawberries and cream, burgers and chips and Fred and Ginger, social media and travel are a perfect pairing.  This is something that many in the travel industry have come to recognise. 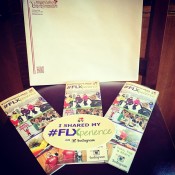 So, here’s an interesting use of travel and social media by the Finger Lakes Visitors Connection.  Their new travel guide comes with a little something extra – a hashtag #FLXperience.  The reasons are very simple according Valerie Knoblauch, president of the Visitors Connection.  “We know that 56 percent of our visitors are using social media to refine and then report on their trip experience.  We also know that more than half of Ontario County visitors use smartphones and tablets for pre-trip planning or while traveling.

“This brochure leverages this trend that will only go up, by leveraging the hashtags, photos, and discussion areas on Instagram, Facebook, and Trip Advisor, the media where our message is most relevant.” 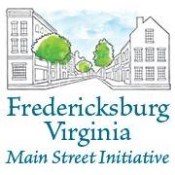 Store owners in Fredericksburg, Virginia have come up with a novel way to attract customers during November and December.  It is a social media campaign called “Elfie Selfie”.

As part of the initiative, more than 50 Main Street stores have put up pictures of elves in their windows.   Shoppers are encouraged to take selfies with an elf and then post them on Main Street’s Facebook page, along with their name and the name of the store.  Then, starting on November 17 and for the next six Mondays, a winner will be chosen who will receive a $100 gift card.  The shop that receives the most mentions will also win a prize.

“The goal is really to get repeat visits to downtown,” said Ann Glave, executive director of the Fredericksburg Main Street Initiative. “There’s never really been a cohesive plan to get information out and create a cohesive merchant community. 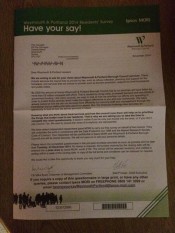 A young mum from Weymouth in the UK has launched a Facebook campaign to try and persuade discount clothing retailer Primark to open a store in her town.  The page is called “Support for a Primark store in Weymouth” and to date has received close to 5,000 likes and a generous smattering of supportive comments.

Here are two of the stories that have caught our eye during the last week.

Some of the winners of InStyle magazine’s 2014 social media awards have been announced. This year, 1.5 million votes were cast across numerous social media platforms.  Ellen DeGeneres won for “Selfie Superstar” for the Oscars selfie that went round the planet in seconds.  Meanwhile, actress Sarah Jessica Parker picked up the award for “Rookie of the Year” for amassing nearly 700,000 Twitter followers and 918,000 followers on Instagram within a year of joining.

Topshop Topman’s biggest US store opened in New York on November 5, and to help create a massive buzz, it launched a social media push via the hashtag #UNLOCK5TH.  Shoppers were given a chance to win a number of prizes and various style leaders were enlisted to use the hashtag in their social media feeds, photo content and online video.  The end result for the Fifth Avenue store was plenty of engagement and a strong opening.