Capitalising on the festive spirit of good will to one and all, supermarket giant Waitrose has a social campaign called #BakeItForward.  The marketing initiative comes out of a TV advert of a girl baking biscuits for a school fete.  It is encouraging followers to bake some sweet treats for their friends who are then asked to do the same.  To get consumers in a baking mode, chef Heston Blumenthal fronts a video which can be seen on YouTube.  Those who take part and post images of their recipes will be in line to win a special prize.

The social media campaign runs on Twitter, Facebook and Instagram and is being supported in store with recipe cards.  Julie Randall, manager of social strategy and communications at Waitrose, commented:  “Giving to others is really important at this time of the year, we hope our customers and online communities are encouraged to get into the kitchen and make their own Christmas goodies to share with friends and family.”

A Social Media Campaign that Sparkles

Boticca, the London-based jewellery retailer has launched a multichannel Christmas marketing campaign that features a strong social media element.  It is dubbed the #GiftAStory campaign and is aimed at commuters on London’s underground network.  The promotional effort includes online content, videos, social media advertising and digital advertising.  The campaign focus is the inspiration behind jewellery designs and stories about the talents who create them.

Homebase, the British home improvement store and garden centre has launched its TV advertising campaign showing people how to get their homes ready for the ‘perfect Christmas‘.  The ad features Harriet the dog, a family pet that has its own spin-off advert.  Consumers can also follow Harriet’s adventures by signing up to her Twitter account.  The cute little pooch has so far found the time to ‘compose’ nearly 50 tweets.

The Tournament of Roses is a non-profit organisation with a popular New Year’s Day Rose Parade in Pasadena, California. The forthcoming fiesta will be the 126th celebration, and to get the word out and encourage support and participation, the #RoseParade #Inspiring Stories 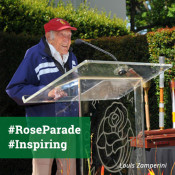 Individuals are being encouraged to share their inspiring stories via social media. They can submit photos, videos and written stories on Facebook, Twitter and Instagram.  A rather seductive carrot for participation is being placed in front of prospective participants   Those who submit their stories will be entered into a sweepstake and be eligible to win a VIP trip for two to the 2015 Rose Parade and the first College Football Playoff Semi-final at the Rose Bowl Game.  The overall winner will also receive a cool $1,000 gift card to cover travel and related expenses.

How do you improve the image of your holiday destination when it’s been in the news for criminal activities that have occurred there?  One way is to turn to social 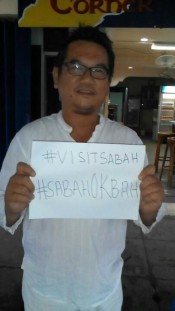 media.  Following a spate of kidnappings on the east coast of Sabah, tourism officials have launched a social media campaign to persuade people that the Malaysian state on the island of Borneo is a safe place to spend some vacation time.

The campaign calls on the local population to do their bit to promote the state.  Individuals are being asked to take selfies in fantastic locations and post them on the official Facebook page of the campaign, Sabah Ok Bah and on other platforms using the hashtags #SabahOkBah and #VisitSabah.

In an interview with the Star Online, Justin Sunam-Wong, co-founder of the Beyond Pitas NGO, said: “The idea is to get people to take

selfies across Malaysia and in Sabah with placards of the hashtags.”

Addressing concerns about safety, Sunam-Wong said that there were many places of interest far from where the kidnappings had taken place. And he added:  “Sabah is not under siege. Besides, we have the Eastern Sabah Security Command (Esscom) guarding our borders now.”

Top fashion brand Burberry returned to one of its social media campaign favourites to promote the opening of its new Beverly Hills store.  The company reignited its “Art of the Trench” campaign that was first rolled out in 2009.  Photographers snapped emerging and established models wearing its iconic trench coat.  All the images were taken using iPhones and uploaded to the brand’s Twitter, Facebook, Instagram, YouTube, Pinterest and Tumblr accounts as well as its “Art of the Trench” microsite.

Christopher Bailey, Burberry’s CEO and chief creative director commented on the marketing potential of visuals on social media: “Where I see this content heading though are the pages of Pinterest, sites of that nature are quickly becoming poised to monetize themselves becoming a virtual mall where products like this are showcased for fans of the brand.”

A quick look at a couple of the social media stories that have been making the news.

Despite more than half a million fans taking to Twitter, a social media campaign to bring back axed TV show Dallas has not succeeded.  The huge social media support was not enough to save the sequel of the ‘80s blockbuster show that was taken off air for falling ratings.

Scientists have come up with a novel way to conduct research into air pollution in China, and that’s to look at social media networks.  Local governments in China don’t release environmental data to the public and so University of Wisconsin-Madison researchers decided to follow complaints about pollution on social media.  To map pollution in areas where there is scant in formation, the scientists mined Sina Weibo for posts about air quality.

“I wouldn’t venture to say this will solve any air pollution problem anytime soon,” said Jerry Zhu, the lead researcher on the project. “Social media contains valuable information that compliments other sources of information. This can be used to combat air pollution.”