There is a theme underlying most of the campaigns featured in this week’s rundown of new social media activity, and that’s openness.  Organisations are realising the benefits of talking directly with their audiences and letting them peek inside their operations.  This smart PR initiative is a good way to foster some social media love.  The tell-all approach does open up firms to negative criticism and questions they may not want to answer.  However, social media users have the power to affect a company’s image and greater transparency is one way of keeping them sweet.

What are McDonald’s burgers really made of?  Cow nostrils? Fillers? Pink Slime?  Global fast food chain McDonald’s has embarked on a new social media campaign to bust a giant-sized oven full of urban myths about its food products.  For decades, the burger behemoth has been pretty tight-lipped about what goes into its meals, but it’s now focused on providing some transparency via social media.  This includes an open invite to consumers to send food related questions to the company’s Facebook and Twitter pages.  A selection will be answered through a video series hosted by Grant Imahara.  He was a former presenter of the popular American television show, Mythbusters.

This social drive is in part a response to the growing appetite for organic and perceived healthier food options as well as food scandals such as the expired meat debacle in China.  A supplier there was found to be passing on out-of-date meat to the fast food chain.

The company’s new social media campaign launched with a film of Grant being given a tour around Cargill, a USA-based beef supplier to McDonald’s.

A Day in the Life of Penn State University

Penn State University is hoping to drum up a little publicity when it launched a 24-hour social media campaign that chronicles a day in the life of the prestigious university and its World Campus.

The promotional push was called #PSU24 and started on Thursday, October 23 at 7:32 a.m. EDT and concluded the next day at 7:33 a.m.  Current students, staff members, alumni and friends were all invited to post videos, photographs, stories and comments on the university’s Twitter, Instagram, Vine and Facebook pages.  All the material will be collected and curated for anyone to follow at http://psu24.psu.edu/.

“There is so much happening all day every day in the Penn State community and we want to highlight the vast number of experiences Penn Staters share each day that make our community what it is,” commented Geoff Rushton, manager of the University’s Social Media Office. “Whether it’s a World Campus student studying on the other side of the world, or a staff member working on campus overnight, Penn State really never sleeps. This is a great opportunity to spotlight the incredible spirit of Penn Staters and the impact they are making every day.

Why Study an MBA 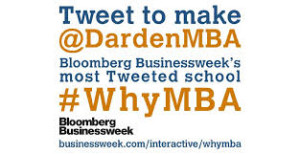 web and social media campaign organised by Businessweek and Bloomberg’s Visual Data team in response to a series of discussions in the USA about the costs and benefits of an MBA. The initiative takes advantage of social’s media’s enormous reach and the ease with which people can engage in issues they feel are important. 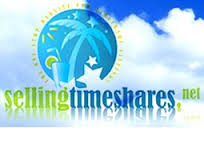 Selling Timeshares, Inc., has recently added Pinterest to its social media portfolio to help reach prospective clients in new ways.  The company is using the power of visuals to create more of a buzz about the properties on its books.  The Pinterest page contains numerous boards, such as collections of accommodations, dining suggestions and the vacations of some of its employees.  “We have a lot of fun working together and Pinterest is a great way to share that side of our company,” said Patrick Fry, the main curator of the Selling Timeshares Inc. Pinterest page.

Rock Island in Illinois has started an interactive marketing campaign to highlight business activities, events and developments in the downtown community.  What’s Up Downtown is giving members of the public the opportunity to ask their burning questions about downtown related happenings. Downtown visitors, residents and business owners are being encouraged to use the hashtag #WhatsUpDowntown when posting on Facebook, Twitter and Instagram.

A quick look at some of the stories that have been hogging the social media headlines.

Speaking at last week’s Social Matters conference in Hong Kong, the Asia Pacific head of communications for Microsoft urged companies to use social media to allow “bad news to travel fast” and to respond to negative feedback swiftly.

Andrew Pickup, the senior director of communications for Microsoft Asia Pacific, illustrated his talk with a tale of his company’s trade show introduction of Xbox One.

The all-in-one entertainment system was not well received by some customers, and many expressed their forthright opinions on social media.  In response to the negative criticism, Microsoft made significant changes to the product before launching it on the market.

“I don’t know what ROI of that decision was [to revise Xbox One], but it was based on listening to our customers. You need to make bad news travel fast,” he said. 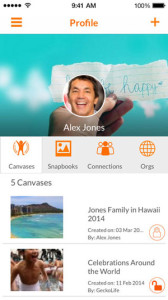 claiming to be Asia’s first social network for adults and children.  The family-friendly site is the brainchild of Rajeev Gupta and Ashish Trivedi who are both parents who wanted to create a safe digital environment for other parents to introduce their children to the benefits of being online.

Rajeev Gupta, co-CEO of GeckoLife, said:  “We aim to fill a niche in the social market, offering a private, family-friendly option that introduces children to the benefits of online communities and opens doors to conversations around online responsibility and smart social networking.”

The company behind the site is headquartered in Singapore, and wants to expand GeckoLife across the Asia-Pacific region while continually improving on current features and adding new ones.