Due to intensive globalization it is becoming more and more desirable to spread your business abroad. Worldwide internet availability has offered a wonderful opportunity #opportunity to expand your marketing influence to areas you have never even dreamed of.

Social media #socialmedia can be used as a suitable tool to make your internet marketing more human; however, in this case you will need to take into account the local specifics of social media.

However, one important thing to keep in mind is that people in other countries often use local #local networks you are not familiar with, and in addition, even the habitual giants like Facebook, Twitter, etc. are treated in a quite different manner to how they are used by U.S. users.

This post will acquaint you with useful considerations regarding social media marketing in Eastern Europe. For a long time this part of the world was a mysterious area for Western business.

Nevertheless, the closed era of the Soviet Union passed more than two decades ago, and Eastern Europe is becoming more modern, more progressive, and much friendlier for business. Naturally, this has great effects on internet activity. 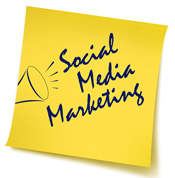 As such, modern Eastern Europe must be considered as a new land of opportunity for online businesses: it’s totally ready for social media marketing interaction (except Belarus: due to the law claiming any online business must be situated within the borders of the Belarus Republic).

Facebook
Facebook is known everywhere, and Eastern Europe is no exception. However, it’s not the monopolist there that it is in the United States, and in some areas, especially in Russia and other more eastern parts of the region, local equivalents are preferred.

And with reason: for example, Russian VK.com provides a much more comfortable user experience, has more helpful features like use of one’s own audio and video base, and the opportunity to listen and watch for free. And on top of all that, VK.com is much faster than Facebook. But regardless of these advantages, Facebook is still rather popular in Eastern Europe.

Social media’s primary aim is communication, and Facebook wins the communication matchup due to the user base it offers: people on Facebook can connect with anyone from anywhere. Moreover, this tendency concerns their relations with marketing: Eastern Europeans on Facebook are more open to foreign brands.

The narrowly specialized Twitter is not so popular in Eastern Europe; it’s far from being one of the top 10 websites in the area. However, the average user community growing can certainly be noted. And there are a few reasons for that.

The first one is the expansion of smartphone #smartphone use in Eastern Europe. Yes, the mobile net boom has already reached this region, and Eastern Europeans have massively begun to connect to Twitter, which is perfect for smartphones due to its 140-word–message concept.

The other reason people choose Twitter is the same as the main motivation for Facebook usage, i.e. Eastern Europeans are eager to communicate with foreigners and integrate into the global #global cultural space. Finally, Twitter is a great opportunity to follow local celebrities, politicians, and other famous persons.

Following the example of their Western colleagues, they tend to use Twitter for their public relations. And marketers should primarily pay attention to this point in promoting their brands #brands : Eastern Europeans are hungry for public interaction.

The significant popularity of YouTube in the region proves this thesis. YouTube advertising #advertising in Eastern Europe is not very different from YouTube advertising elsewhere: you need to create a catchy commercial and put it online so people can watch it, like it, and promote it on their own.

Certainly, you need to take into consideration the local cultural and linguistic specifics. After all, it’s an obvious rule that you must know your target audience #targetaudience in order to create advertising that will satisfy their exact interests.

LinkedIn
People do not use LinkedIn much in Eastern Europe, and the main reason stems from a certain degree of business isolation and feeble job connections with the rest of the world.

It would be an injudicious decision to promote your products and brand in this network directly, however LinkedIn can help you find English-speaking local marketers that will help you prepare a social media campaign taking into consideration the specifics of the region. 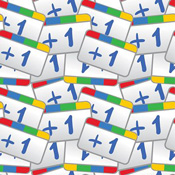 Google+
Though Google+ is rapidly growing internationally, it is not so widespread in Eastern Europe. There is really no way for successful marketing on this network, except possibly some weak promotion through local communities.

But remember that your linking should not contain even a hint of commerciality. Google doesn’t like it and people in Google+ communities don’t like it either, so you’ll just risk being stigmatized as a spammer.

VK.com (Vkontakte)
VK.com (formerly known as “Vkontakte”) has grown from the small private network for Moscow students it started out as. But the epoch dictated its will and VK.com was transformed into a massive social media mecca. 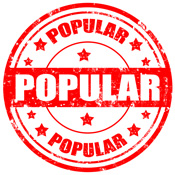 Over the last couple years it has gained extreme popularity in Russia and other post-Soviet countries. For now it’s the most visited social media site in Russia, Belarus, and the Ukraine.

VK.com offers a wide variety of opportunities for marketing through paid ads. Also, there is a wide practice of buying promotional posts on popular public entertainment pages—in this case you should get in touch with the page administrator and make an arrangement directly.

Odnoklassniki
This Russian social media site is another example of local social media. Odnoklassniki translates as “classmates,” and the main concept of this website is looking for old schoolmates and friends.

Odnoklassniki is not as fancy and trendy as VK.com, and therefore it’s less popular. The main audience of this network is made up of people from the more rural areas of Eastern Europe. The only way to promote on Odnoklassniki is to pay for ad placement.

Now that you have some basic knowledge about social media in Eastern Europe, you can start planning your SMM campaign for the region. In the case that you already have some experience in this field, we welcome you to express your opinions in the comments.