Another week and another great batch of new social media campaigns.  One of the standout features of the initiatives highlighted in this article is how users are orchestrating their own campaigns to get more of what they want from brands and organisations.

A Saucy New Look for November

In several countries, November has been nicknamed Movember, because of a moustache-growing initiative to raise awareness of men’s health issues.  This year, HP Sauce is getting in with the hirsute fun with a set of social media challenges.  Starting from November 1, and taking place every Friday during the month, the brand will present a different task for its followers, designed to get them showing off their fabulous lip furniture. 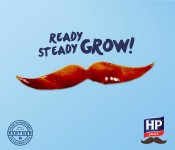 Fans will need to upload pictures of their impressive taches to the HP Sauce UK Facebook page and each week, five will be selected to receive a digital sketch of their picture.  Four will receive a £100 donation to the Movember fund, and the winning snap will receive a £250 donation.  There will also be a smattering of winners, chosen at random, who will receive a £25 donation to the fund.  At the end of the month, the ultimate winner will become the face of next year’s campaign and have an image of his visage slapped on the sauce bottles.

Shane Shortman, senior brand manager, from HP Sauce, said: “Movember is a charity that we’re extremely passionate about, so we always encourage our community to get involved with the initiative. While it’s in aid of an important cause, Movember is also about having fun, and the campaign reflects this.”

Men are also the centre of attention of a new social media campaign by UK male grooming brand, Dove Men+Care.  The new promotional push ties in with rugby, a popular sport in the UK.  The campaign launched with a video based on the Rudyard Kipling poem “If” and it features players from the English, Irish, Scottish and Welsh national rugby teams.

The campaign features the hashtag #scrumtogether, and over the next 12 months will show key moments from players’ careers and upload lots of content on the brand’s YouTube channel.

Fans Call for the Black Widow 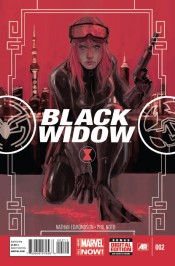 Superhero fans have launched a social media campaign on Tumblr to try and persuade Marvel Studios to make a film about the ‘Black Widow’.  The character has been played by Scarlett Johansson in “Iron Man 2,” “The Avengers”, “Captain America: The Winter Soldier” and “Avengers: Age Of Ultron”, but filmgoers want more.  On Sunday 2nd November Black Widow fans tweeted marvelentertainment using the hashtag #BlackWidowMovie to demonstrate the large fan base in favour of a movie.  They await the official response from the movie studio.

Fan power was also seen flexing its muscles in a viral campaign to get Grammy winner Joyce DiDonato to sing the American national anthem at Game 7 of the World Series, an annual baseball championship. Fans of the opera singer created a Change.org petition that received more than 3,000 signatures and she performed in front of a massive crowd in her hometown of Kansas on Wednesday 29th October.

Social media users in Richmond, Canada had a good laugh last week when they turned to Twitter and other networks to see a video of local police dancing in the streets to the Bee Gees’ hit “Stayin’ Alive”.  No, the police hadn’t abandoned their duties in a moment of madness.  They took to the street flash mob-style to raise awareness about pedestrian safety.

The campaign is called #SLOW, which stands for Stop, Look, Observe then Walk. “We are trying to cause a cultural shift in the walking behaviours of our citizens. We want to reach as many people as we can.” said Corporal Stephanie Ashton, Richmond RCMP Media Relations Officer.

A look at the stories that have been making the social media headlines over the last seven days.

To create some hype about its new lager, ‘Black T’, Tennent’s sprinkled its social media accounts with mysterious hints before the beer’s launch.  The brewer included pictures and tweets using the hashtag #thenewblack.  It was a great and cost-effective way to generate some interest and build up an audience before the product actually hit the shelves.

The Co-operative retail outlets in the UK came up with a novel way of encouraging shoppers not to waste food. It created the #shelfie social media campaign that urged consumers to tweet pictures of the contents of their fridges and kitchen cupboards.  In return, they received recipe ideas to ensure that the food was used, thereby minimising waste.

The Co-operative Food chief executive Steve Murrells said:  “Throughout October we shared advice on a weekly basis with colleagues and customers to encourage them to reduce the amount they personally throw away. We had a great response and they are now sharing their own hints, tips and leftover recipes.”

The Asia Pacific region is home to the savviest online talent recruiters.  That’s according to a new report by talent acquisition and management services provider Alexander Mann Solutions (AMS) and online and social media training firm Social Talent.  The 2014 Global Sourcing Survey also reported that few recruiters are using tools such as Twitter or Facebook with some claiming restrictions on the use of social media in their place of work.  However, of those who mentioned restrictions, 41% access social sites via their personal devices.

Talent sourcers in EMEA countries (Europe, Africa and the Middle East) are the most prolific users of Twitter to connect with candidates.  They also have the highest use of YouTube to communicate their employer brand.