The week of festive celebrations between Christmas and New Year’s Eve may still be in full swing, but there has been no let-up in the social media sphere. While many parts of the world are partying or relaxing, numerous companies and organisations have launched a raft of brand new social media campaigns to increase engagement and sales and promote their unique selling points.

In the news section, we find out how some brands have earned their place in a social media hall of fame. But before that, here are some of the latest campaigns that have caught our attention:

entice visitors. The aim is to market the area as a fun winter destination. Residents are being invited to take a picture of what they deem to be the best of Buffalo, and hashtag it #winterbuf on Twitter and Instagram as well as submitting the image to the Facebook page of Visit Buffalo Niagara. One winner will be chosen each week in January and their winning photo will be displayed on the marquee outside the Buffalo Niagara Convention Centre. They will also win a prize. 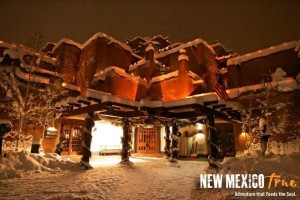 within the state. The hashtag #NewMexicoTrue is being promoted through billboards and cinema adverts. “We want to see from folks what they feel is their ‘New Mexico True,’” said Monique Jacobson, cabinet secretary for the Tourism Department. “So, be it a beautiful sunrise or an incredible wildlife shot or a green chili cheeseburger.   We want the public to hashtag it New Mexico True.”

The social media marketing exercise follows a similar initiative in Santa Fe that reached five million people. It has been estimated that the $50,000 investment in the exercise generated about $250,000 in marketing value.

On Boxing Day, Thomas Cook Airlines launched a two-pronged marketing drive that will run until the end of 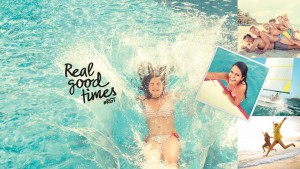 February and is designed to increase sales. It all kicked off with traditional advertising in regional press and radio and commuter-area outdoor posters. The second stage is an online initiative that includes sales, promotions, limited offers, email marketing and social media advertising. There is also a social media drive on the company’s Facebook account and the website thomascookairlines.com, using the hashtag #FlyWhereYouLove. Followers who submit a photo of their favourite holiday destination will enter a prize draw each week to win a pair of flight tickets.

Fireworks and champagne corks may well soar into the night sky all over the world this New Year’s Eve, but the 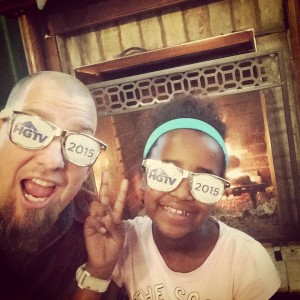 party is not over when the sun comes up. The home improvement television network HGTV will undertake its biggest ever social media event on New Year’s Day. It is a live all-day Twitter party featuring many of its most popular stars.

Followers will be able to join the party using the hashtag #HGTVNewYear where they can pose questions to their favourite HGTV personalities and receive advice on anything from decorating tips to New Year’s resolutions. Some of the tweets may also appear live on air.

Brainstorming with Your Customers on Social

Social media is not only an effective marketing tool, it can also be used to brainstorm ideas with your customers and followers. The Dubai Electricity and Water Authority (DEWA) has done just that with a short-lived campaign that ended on December 25. It invited people to send in their ideas and views for four main themes: Happiness, Research and Development and Innovation, Smart City and Sustainability. Their contributions and any outcomes will be discussed at an annual strategy workshop in January.

A look at some of the stories that have been making the social media headlines during the last few days of 2014.

Any new event in your company such as the launch of new products or an awards nomination or presentation, can be turned into a social media event. Etihad Airways has turned to social media to highlight its new staff uniforms and new Airbus A380 and Boeing 787 aircraft. So far, it is proving to be a big success with more than 70 million impressions across the airline’s brand related hashtags within 48 hours of the campaign launch. They included #Etihad and #Reimagined.

A fashion shoot to show off the new uniforms yielded more than 18,000 likes and 1,200 shares. An accompanying blog post about the shoot featured high resolution images and a behind the scenes video, and also received a lot of traffic.

Who is in the 2014 Social Media Campaign Hall of Fame? 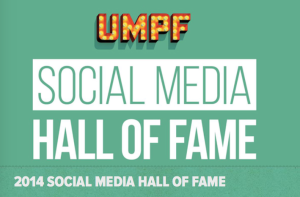 past 12 months, They feature stunts and drives by enterprises large and small and provide plenty of inspiration for marketers wanting to create engaging and successful campaigns. Among the highlights are:

To see the hall of fame in full, with links and videos of the campaigns, click here.