It is widely known that China has been experiencing a prolonged period of strong economic growth. Some experts have even asserted that China will become the most powerful economy in the world as soon as this year.

More and more businesses understand the high value of the Chinese consumer sector and are now engaging in marketing efforts to attract PRC (People’s Republic of China) citizens to their products. And of course, one of the most productive and efficient forms of brand promotion is social media marketing.

Nevertheless, focusing on  the internationally-known Western networks such as Facebook, Twitter and Google + is the last thing you should do if you want to target China geographically. The PRC has erected what has come to be known as ‘The Great Firewall of China”, effectively blocking the average Chinese citizen from these global networks. But never fear, the Chinese steeped in history and ancient culture, have created their own equivalents of Western social media. 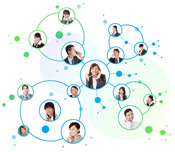 And Chinese networks are developed to fit the specific requirements of the Chinese people; thus become extremely popular in China. One such resource is Weibo. Currently the largest Chinese social network, Weibo is actually a microblogging platform, commonly compared with Twitter.

But Weibo is more than just a Twitter copy with a Chinese interface — in fact, Weibo has more accounts and active users than Twitter does. The network has its own specific features, acting as a portal with apps and games in addition to its microblogging foundation. It’s really more like a hybrid of Twitter and Facebook.

But don’t worry about its seemingly complex nature; it’s actually quite easy to learn and get used to the particulars of the Weibo system. To start taking advantage of Weibo and its huge user base, all you need to know are some basics, and then you’ll be able to explore the network on your own. So let’s take a look at the basics of Weibo for beginners.

Chinese to English
The first and probably greatest difficulty for a Western user is surely the Chinese-language interface. Weibo started in Chinese with no English version of the website, and Western users who didn’t know Chinese were forced to use Google Chrome’s automatic translator.

However, it is now much simpler to deal with the language problem. Weibo has updated the site so you can change the interface language to English on the very first page, which is actually a Sign Up panel. The option is available in the lower right corner.

Signing Up
Once you have successfully changed the user interface to your native language, go ahead and sign up. The sign-up panel will appear any time you enter the website unregistered. You can sign up using an email address or a mobile phone number — however, using your email address is recommended because it is available for all countries, whereas the mobile number option is limited to certain areas. 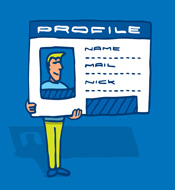 You then need to come up with a username/nickname and share some personal info such as gender, date of birth, and country. Weibo will then ask you to select one to five topics you are interested in.

Although the variety isn’t nearly as expansive as the choices available on Pinterest, the selections are mandatory. Once you have chosen some interests, you will be welcomed to the Weibo community. The only thing left to do is to confirm your email address through an activation email.

Using Weibo
Although much of the site is still in Chinese, over half of the options will be available in English, so it won’t be too hard to get yourself up to speed. As for the rest of the content, you can still use Google Chrome automatic translation or applications like Surround App.

Or you could take advantage of the great opportunity to study Chinese, especially if you are planning to promote your product on Weibo. And this network can definitely provide you with real-time communication in spoken Chinese. Honestly, the Weibo interface is quite easy to use. 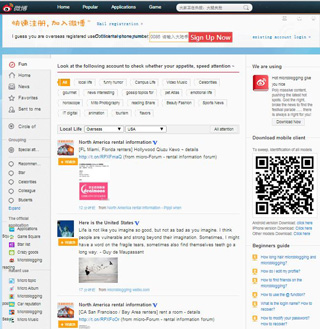 As we looked at earlier, it is rather similar to Twitter, with some aspects of Facebook and a sprinkling of Pinterest in some areas. So you should be familiar with the front-end mechanics, thus intuitively understanding a great deal of the platform after overcoming the language barrier.

Some Specific Features
As has become popular on Western social networks, Weibo also makes use of hashtags. However, they are a little different from the hashtags you may be used to. To make a hashtag on Weibo, you have to put the hashtag symbol (#) both before and after the word. For example, #Weibo#.

Weibo is very rich in media, and one of its defining features is that it offers a large range of emoticons. Sometimes it can seem like the Chinese are obsessed with them. But the reality is that emoticons help a great deal in making communication more vivid.

One more thing worth mentioning is their reward system. The Weibo community is very passionate about games, so developers add the gaming elements directly to the network itself. Users can win medals through the platform, and it’s quite a popular use of this particular social network.

However, in the end it’s about more than just fun if we are talking about business, because medals can act as a real index of the company’s authority on Weibo. And it definitely will influence the success of your social media marketing campaigns for Chinese users.

This guide will help you start exploring this unusual world of Chinese social networking. It differs from the Western sites we are accustomed to, and it’s really interesting to examine this different way of looking at social media. Moreover, further knowledge about this network will create a solid base for your business if you’re looking to expand east. Good luck!