Tumblr is hot, seriously hot. So much so that in June 2013 Yahoo paid $1.1 billion for the microblogging platform and social networking site. According to research by Pew it is the second most popular #popular social media site behind Facebook among 18-29 year-olds. Tumblr has been an ever increasing platform for businesses to take advantage of.

At the time of the sale Tumblr received more than 300 million monthly unique visitors and 120,000 signups every day. And its popularity is soaring. In May 2011 the cumulative number of Tumblr posts was five billion. In March the following year that number had reached 20 billion and as of July 2013 the figure stood at 55.10 billion. 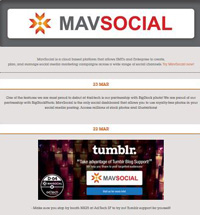 What makes the site so popular is the strong emphasis on visual elements – pictures and videos are used in the majority of updates – and there are more features to encourage creating and sharing #sharing posts. Tumblr combines the sharing aspects of Facebook and Twitter with a fresh-looking, easy-to-use blogging platform.

One neat advantage over Facebook is that blogs are picked up directly by the Internet instead of just a company’s community. This means that your content is indexed by search engines.

This very image-friendly site has caught the attention of the business community, especially those companies that lend themselves to visual aspects. From food to fashion, technology to travel, thousands of brands are tumbling their way to business marketing #marketing success #success. Here’s how:

Adding depth to product offerings – using the platform to provide a rich content experience that ultimately leads to more sales. The Inside Source is eBay’s Tumblr page and it features videos, interviews, inspirational quotes, trends and creative uses for items sold on the online #online marketplace. 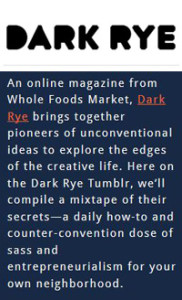 And there are brand #brand mentions that link to current auctions of their products. Whole Foods has used Tumblr to create an online magazine called Dark Rye that features short articles, videos, cooking tips and curated content. The online publication isn’t selling anything, just creating and finding content that appeals to its health conscious readers.

Showcasing products – many companies are using Tumblr to feature their latest products and how to use them. The fashion industry was one of the first to see the platform’s extraordinary potential. Fashion houses were quick to post pictures of the latest trends #trends, behind the scenes shots and insider information from the fashion world. 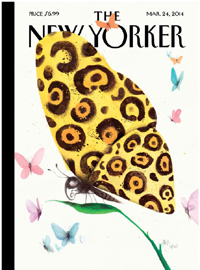 Attracting consumers to the main website – the Tumblr pages of media companies such as Rolling Stone and The New Yorker share paragraphs from current issues and teasers to large stories to encourage readers to click through to their main sites.

Blogging with brevity – instead of providing lengthy articles that drone on for pages, Tumblr blogs are filled with short posts, videos and pictures. For example, A Smarter Planet and All That is Interesting.

Powerful Platform
Tumblr’s reach continues to grow as more companies are adding it to their marketing mix. It is a powerful #powerful publishing platform that can create and build awareness of a brand and foster engagement. As with other social media platforms success is not measured in direct sales, but in garnering positive word of mouth and earning social media kudos.

Did you know that MavSocial allows you to create, schedule and publish to Tumblr?  Why don’t you request a demo to understand more about how MavSocial can help you with your social media marketing