Winter, 1995. Randy Conrads launches Classmates Online. The premise is simple. Create an account, add some info and then find your old friends from kindergarten, high-school and college. Rekindle the connection without getting on the phone.

Then in spring 1997 Andrew Weinreich launched Six Degrees. This social network could do even more. If you had a somewhat stable internet connection you could talk to people all over the world.

Today these social media platforms are an intrinsic part of our lives. We use them to find work, stay in touch with friends, catch up on the news and buy stuff.

According to a study by Mediakix we spend a lot of time on social media. When you put all the numbers together, the average person spends:

Time is our most precious commodity and we choose to spend so much of it on social media. Marketers took notice and they began to use this to show us ads in our favorite hangouts. Instead of hoping we’d stumble on an ad in a magazine, they came to us. This changed the marketing industry.

The relationship between social media platforms and ads started pretty early. Facebook made ads a part of its revenue model from the very beginning. Even in their exclusive Harvard days, they sold flyer ads to campus businesses and people that wanted to reach college students.

The Facebook team suspected that marketers will pay a lot of money to reach the right people. They were right. It all went up from there.

Social media ad spend doubled from 2014 to 2016 going from 16 billion to over 31 billion. Digital marketing spend is on the rise as well. In 2016 it accounted for 36.7% of total spend, beating out TV ads for the first time ever. Compare this to traditional print’s budget sitting at a modest 13.4% of total spend and you can see the divide growing.

That’s because social media has something that print doesn’t. Behaviour data.

The dazzling power of data

When you run an ad in Facebook, you’ve got a lot of control over how and when it’s displayed. You can target a pre-defined audience, craft a compelling message based on their preferences and deliver it at a specific time. You can track your ad’s performance and make on the fly adjustments that improve conversion rates based on incoming data.

Social media ads give you a lot of data. You can learn about your buyers and see what drove conversions. The relatively low cost of the ads means that you can run multiple versions, each laser focused on a specific audience at a distinct  point in their buyer’s journey.

No more throwing marketing spaghetti at the wall to see if it sticks. Data helps you get into the customer’s head and deliver the ads and content they actually want to see. It helps you do more of what works.

Data adds a dash of personality

Studying your ads data helps you learn more about your customers and what drives them. Tools like Mention and Google Alerts mean you can listen to what people are saying about you and be an active player in the conversation. It gives you direct access to how your customers think, talk and feel. This is a strikingly powerful tool for crafting a stronger message.

Today’s consumers have a lot of choice. We’ve got access to a global market. We care about more than getting a good product. One study found that 94% of consumers would switch brands to support a cause they believe in.

By talking to your customers you can find common ground. You can have real conversations, learn about what matters to them and share what matters to you. Because companies are also made up of living, breathing, passionate humans that care about more than selling stuff. Social media can help bridge that gap and make the conversation real.

Creativity, analytics and the future

Social media data has given us access to actual buying behavior. It’s put us in the same room. By talking to potential buyers and understanding what they want, we’ve begun to create better ads. Instead of making vague promises, we can deliver on specific ones.

The industry has niched down. Digital tools, detailed analytics and proper marketing attribution means that we can finally target individuals. Instead of trying to tap the largest market, we can focus on reaching the people who’ll love our products. We can focus on the ones that will become staunch brand ambassadors and tell all their friends.

By decreasing the size of the target audience into small pools we’ve made marketing more personal. More real. We don’t live in a one-size-fits all kind of world and the time we spend on social media has opened up the doors to a more genuine approach. 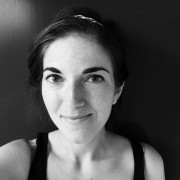 Sophia Dagnon is a B2B copywriter and digital marketing consultant specializing in all things social media.

Everything You Need to Manage Social Media Successfully

Getting results from social media is a challenge. Our powerful platforms arms you with the data, features, and assets needed for social media success.

Someone from our sales team will be in touch soon with more information or to schedule a demo. If you are a small business you might like to sign up for our completely free version here.