You are the star of the show of some of this week’s new batch of social media campaigns as companies leap onto the audience trend of taking selfiies.  Savvy marketers are never far behind the pop culture zeitgeist and nothing is more fashionable on social media right now than the selfie – even better if you can rope in a few celebrity selfies too.

In the news section, we see how car maker Skoda has leveraged social media to create a buzz about one of its new car models.  And there are some fascinating stats about social media use across Asia Pacific.

Apple subsidiary Beats Electronics is making a big noise about its Solo2 headphones with a social media campaign featuring a number of well-known faces.  The #SoloSelfie marketing drive launched with a video that has more than 20 big names from athletics, music and drama posing with their headphones and performing a cell phone selfie.  A second video features Saturday Night Live comedian Kenan Thompson posing as “Pimptastic” to show the best way of creating a selfie featuring the headphones.  Consumers can then upload their cell phone selfies using the hashtags #SoloSelfie and #BeatsByDre on Instagram, Facebook and Twitter.

UK-based bakers Greggs is getting into the Christmas spirit with a social media selfie campaign.  The company has launched its 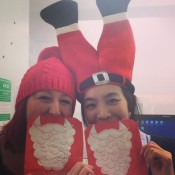 festive pasty along with a red pasty bag featuring a drawing of Santa’s white beard.  Customers are being encouraged to take a selfie with the bag in a santa-like pose and share it online using the hashtag #PastySanta.  It is a fun way to draw attention to their wares and participants will be in line for a slew of daily prizes.

A spokesperson from the high-street baker said: ““The new red bags feature a cartoon-style Santa beard on one side so customers can play at Father Christmas while enjoying their Festive Bakes. In addition, this year you can also use the Blippar app to bring the #PastySanta bag to life on your smartphone.” 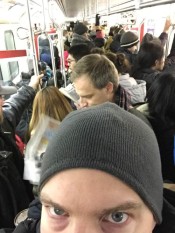 Staying with selfies and an advocacy group in Toronto has launched a campaign to get government officials there to improve public transportation in the city.  It is asking commuters to send a “grumpy” selfie to City Hall to demand a better service.  The hashtag for the campaign is #grumpyrider.

For its next big marketing campaign MAC Cosmetics is moving away from the celebrity jungle to recruit members of the public.  And it is doing so via a new social media competition.  The make-up giant is looking for “Macnificent” faces to front its forthcoming MACnificent Me campaign for Autumn/Winter 2015. To be in with a shout, individuals have to sell themselves in 140 characters or less (their personal mantra) and include an image of their “look”.

Pictures and words can be uploaded to any social media network to grab the company’s attention as well as the MACnificent microsite.   The more likes and comments a post receives, the more likely it will be seen by MACS.  Six winners will win an all-expenses paid trip to New York where they will receive a makeover and then star in the photo shoot.  Not only is the contest entertaining and engaging, but it is also creating advanced publicity for the new collection.

MAC’s creative director explains the concept behind the social media contest in this short video.

Danone AQUA Water has launched Indonesia’s first Instagram photo hunt. To reinforce the message that healthy water hydration boosts focus and concentration, the campaign features a scavenger hunt game.  Players have to help a character find his way on the planet Mars and pick up a variety of objects. 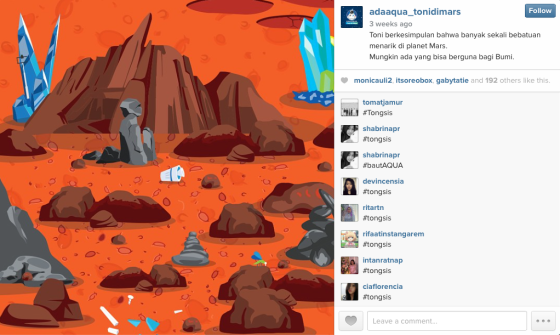 Eyes down for a look at some of the most interesting social media stories that have appeared during the last week:

Accorhotel’s latest Social Media Monitor has a whole bunch of interesting facts and figures about current social media use.  According to the research, women are the most active on social media and Asians are more likely to be persuaded by social media adverts. The survey claimed that 80% of respondents follow big corporate brands on social and almost half of travellers between the ages of 25 to 44 follow a hotel brand in the Asia Pacific region.   Accorhotel’s report surveyed 6,500 travellers in 13 countries to reveal the social media habits of its guests across Asia Pacific.

Other eye-catching stats from the report are:

Skoda on the Right Road with its Social Media Campaign

It looks like car maker Skoda’s latest social media marketing exercise is paying off quite nicely. This week at the Essen Motor Show, the company is presenting its new Fabia R 5 concept car.  In the weeks leading up to the car show, Skoda posted videos and images of the rally car online and they have achieved massive viewing figures on Facebook, YouTube and Twitter.  Posts about the new car were up to ten times more popular than other articles on Skoda’s social channels and on its global Facebook page, a new video about the car has so far clocked nearly 1.5 million views.

“The interest in the Skoda Fabia R 5 is huge. The concept of viral marketing via social media channels has been a total success,” commented Stefan Büscher, head of Skoda marketing. “Rally fans are not the only ones discussing Skoda’s new rally car – it is also arousing positive emotions towards the Skoda brand among the general public.”