It doesn’t matter whether you’re a one-person operation, medium-sized business or large corporation your social media goals are the same – to expand your presence across the web and boost traffic and sales.

One of the smartest practices you can implement to help you achieve this is to identify influencers, people who are active in social media and will talk about your brand and spread your content to their networks. In so doing they will influence other social media users to think or act in a certain way.

According to the Word of Mouth Marketing Association a social media influencer is defined as “a person or group of people who possess greater than average potential to influence due to attributes such as frequency of communication, personal persuasiveness or size of and centrality to a social network, among others.” 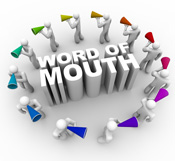 Word of mouth is a principle player as consumers pay attention to what other consumers say about a company’s products and services. When relationships with social media influencers are managed well, engaged followers will promote, educate and excite others about your brand.

Marketers have always turned to influencers to help acquire new customers. The 2013 Influence Marketing Survey points out that 68% of marketers see it as a lead generation and customer acquisition policy.

Bonin Bough, PepsiCo’s Global Director of Digital and Social Media pointed out that influencer relationship management (IRM) is the future of digital marketing.

Social media influencers are a powerful resource that shouldn’t be overlooked by your digital marketing campaign. So, how do you find those people who are really interested in what you have to offer and who ideally have established followings in your niche?

Compile a list of key influencers – the first step is to interrogate the search engines to find influential bloggers in your field. You could start by looking at alltop the online magazine that segments key bloggers by topic.

According to The Technorati Media Digital Influence Report 2013, many consumers turn to blogs when considering making a purchase, with bloggers influencing 31% of internet purchases. In fact blogs were found to be the most fifth trustworthy source for information on the web.

There are also plenty of tools to help you find influencers. Topsy actually has a tab in its search engine that will locate influencers for any keyword you type in. Klout and Kred are two powerful tools that can help you locate influential social media users in your genre.

The Klout for Business service provides analytics that shows firms how and where people are engaging with their brands. You can also use the Facebook search function to find topics and the people who are talking about them. If you are on Google+ you can use Google+ Ripples to see who shared your content and gave it good visibility. 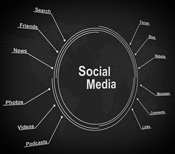 Follow social media trails – you can track a trail of posts on different social media channels to find key people. For example, when Twitter users see something they like they’ll retweet it and/or reply to it.

Connect with influencers – once you have found your influencers don’t dive straight in and beg for an endorsement. This will never work. A good way to get your foot in the door is to start commenting on and sharing their content. This works whether you are following their blog, Facebook, Twitter or other social media account.

Engagement will put you on their radar so be a meaningful part of their conversations. When you do share their material make sure you reference them. Do this for a few weeks before reaching out and messaging them directly.  The key here is to build a long-term relationship with influencers.

Become an influencer yourself – by consistently publishing compelling, original material you will draw some influencers toward you who will spread the word about what you’re doing.

Get to know your most ardent fans – keep an eye out for your most enthusiastic followers. Reach out to them personally and thank them for their efforts. You could even ask them to test your new products before they hit the shelves. Treat them to special offers and remember to say “thank you” for their efforts.

Making Your Move
Social media marketing is no longer just about occupying a space on popular networks and pumping out delicious content. “If you build them, they will come” will only get you so far, which is why savvy marketers are spending time on enlisting the help of power users, influencers with passion, expertise and wide reach.

Be prepared to spend weeks, even months contributing before you see any kind of return. Influencers have many more important things on their plate than trying to help you build up your business and most likely you will be competing with other people vying for their attention. Just as Rome wasn’t built in a day, neither was a network of influencers. Be patient and have something interesting to say and the marketing rewards will follow.